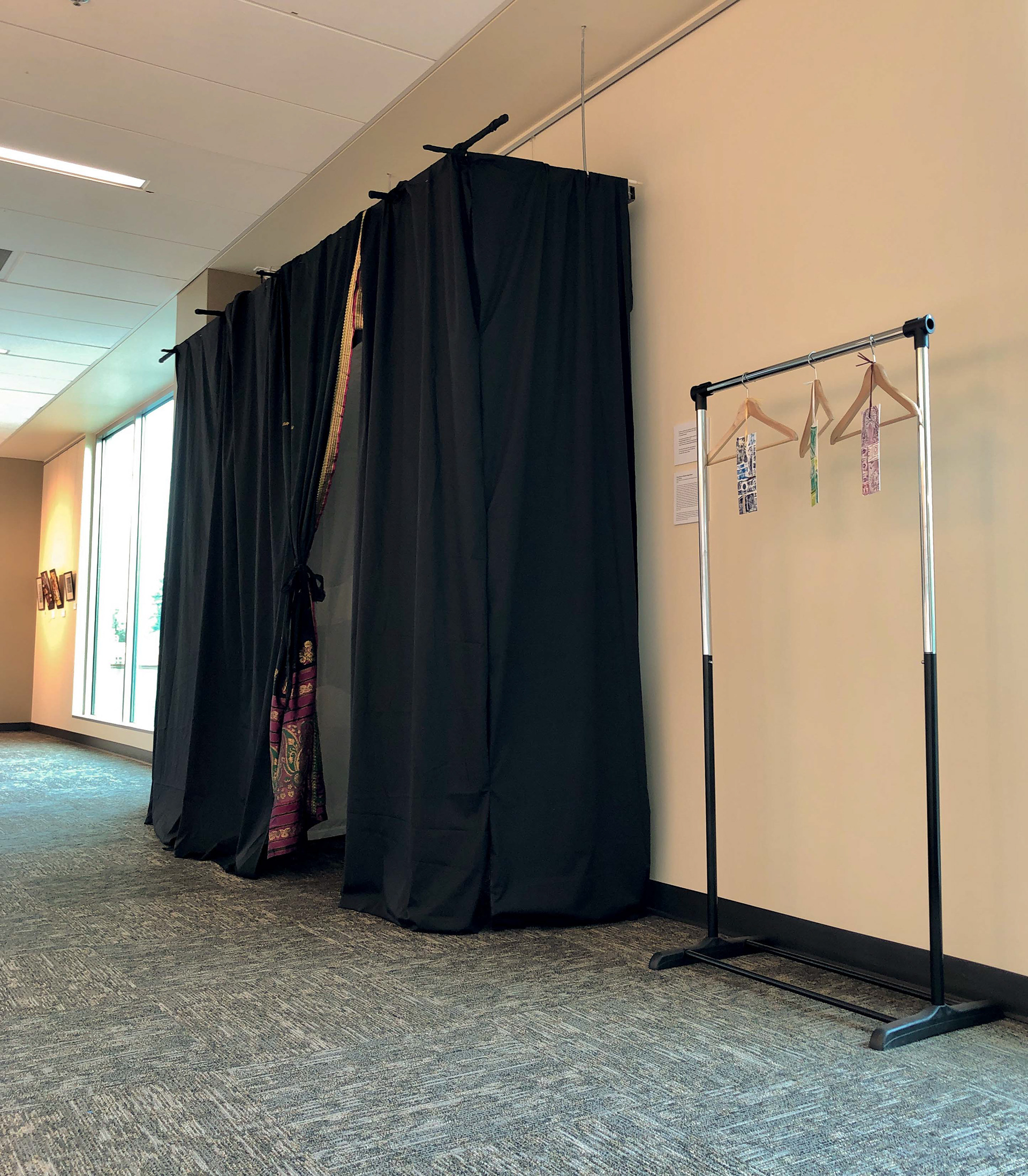 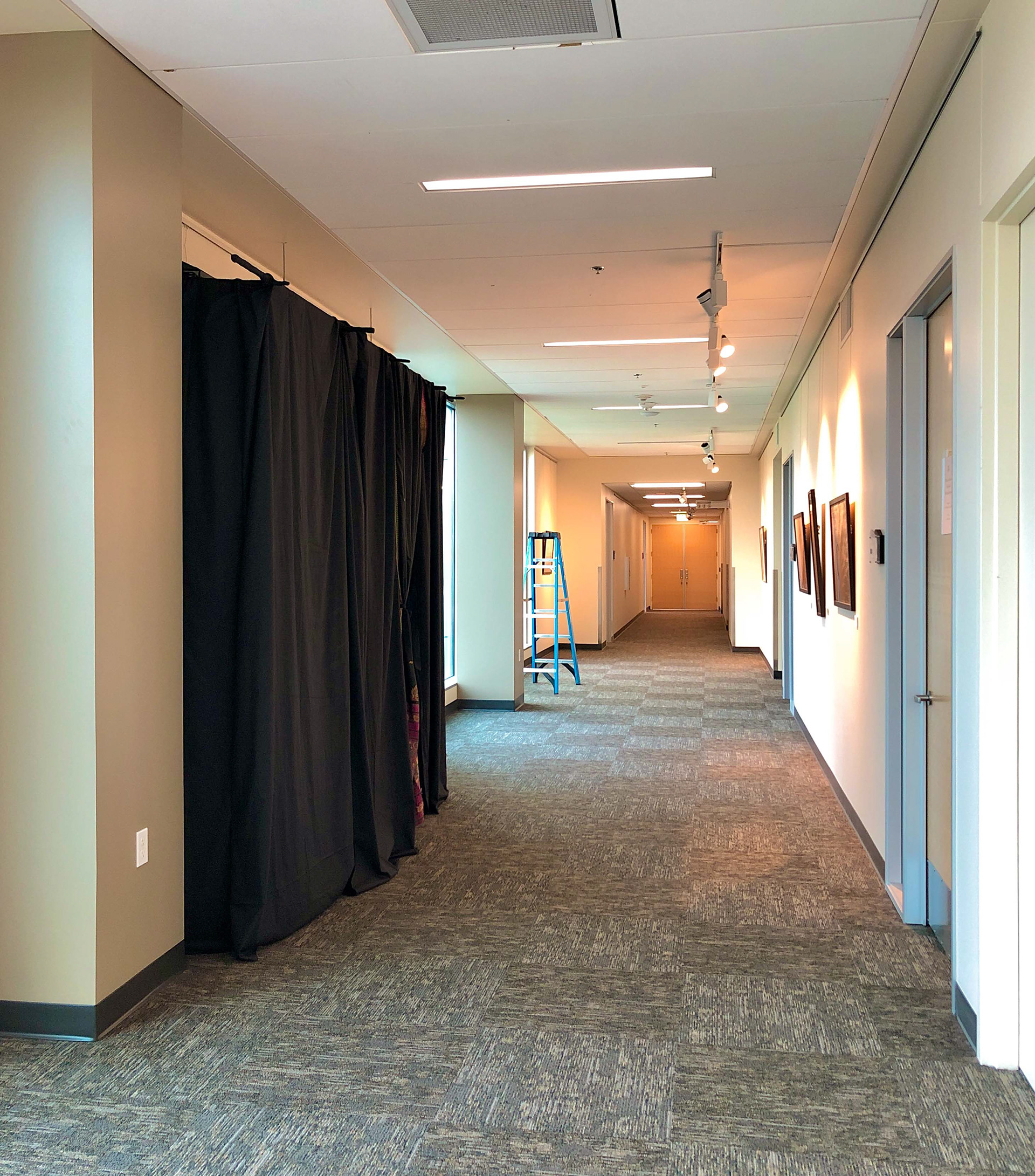 Installation in a hallway of Shoreline City Hall 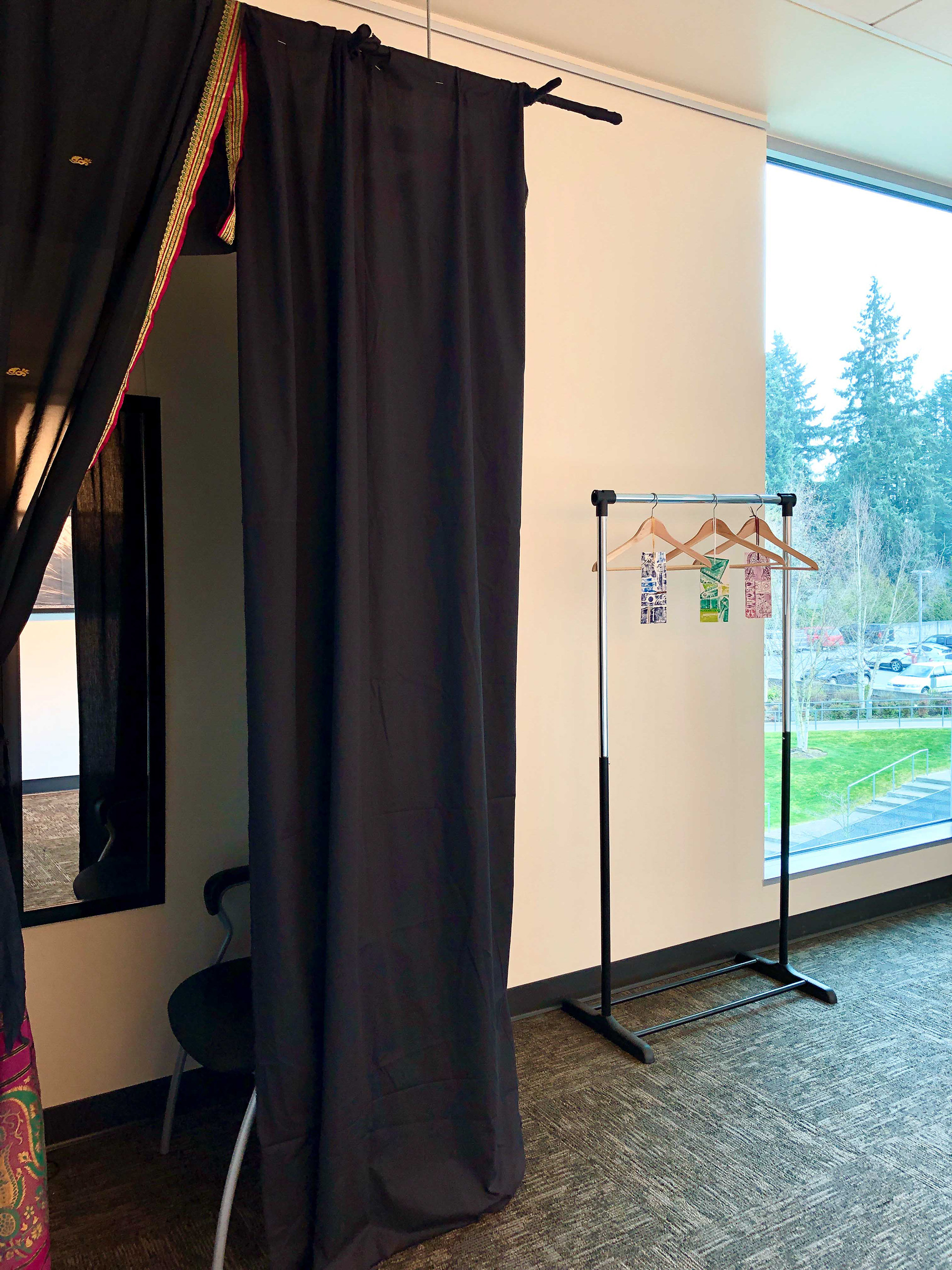 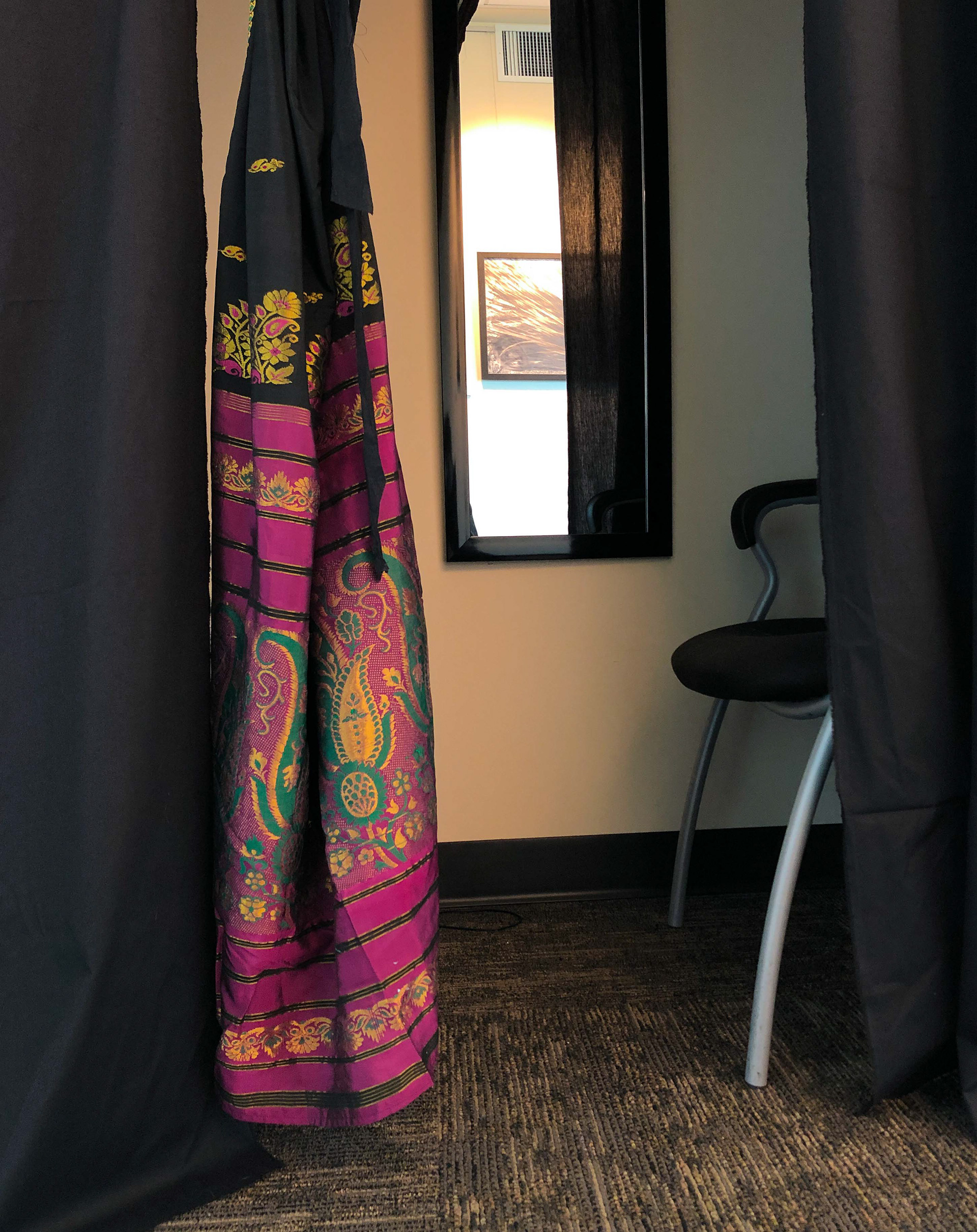 A sari acts as a doorway into the booth while a full-length mirror invites the viewer to consider the labour put into their own clothing. 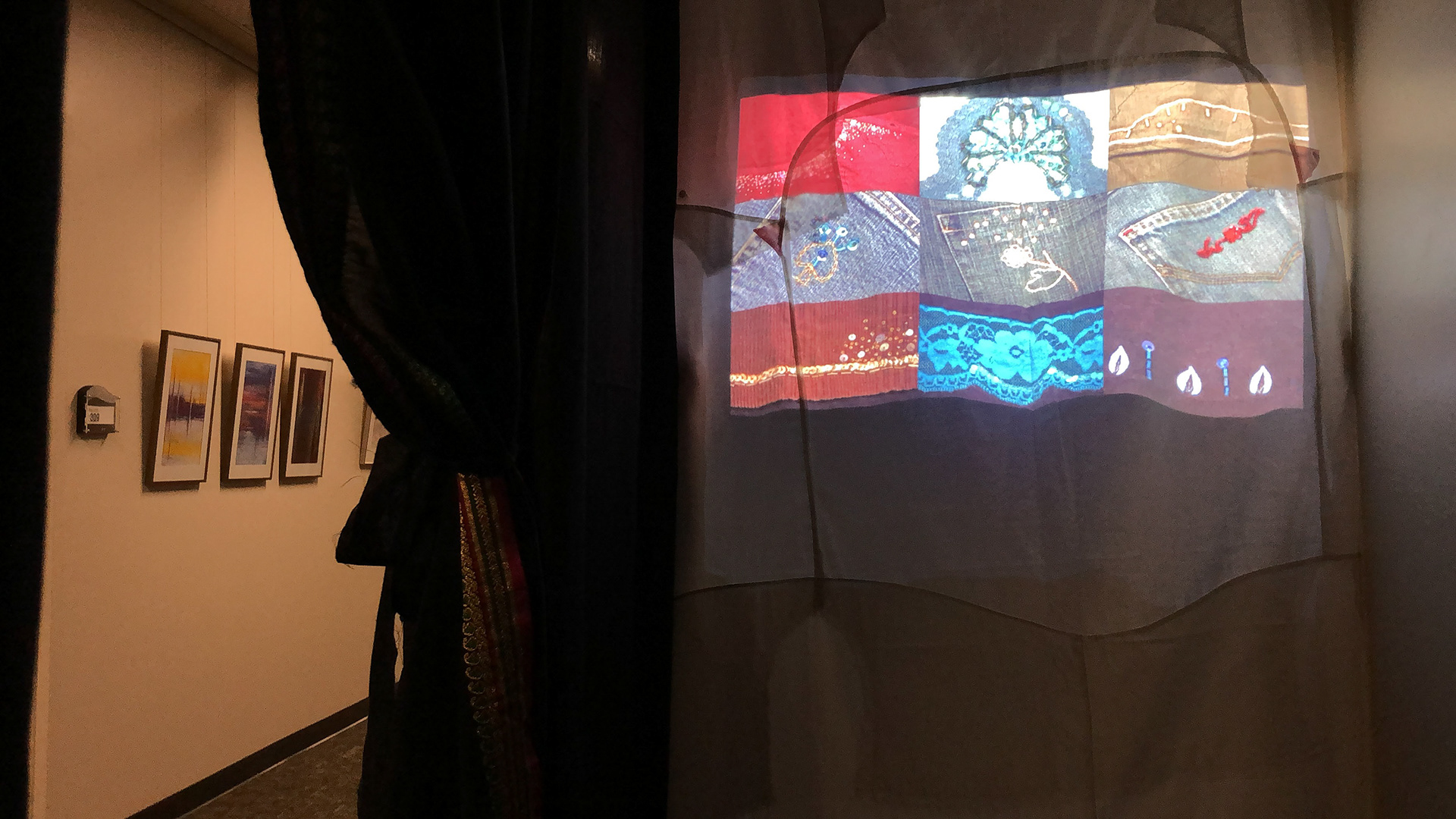 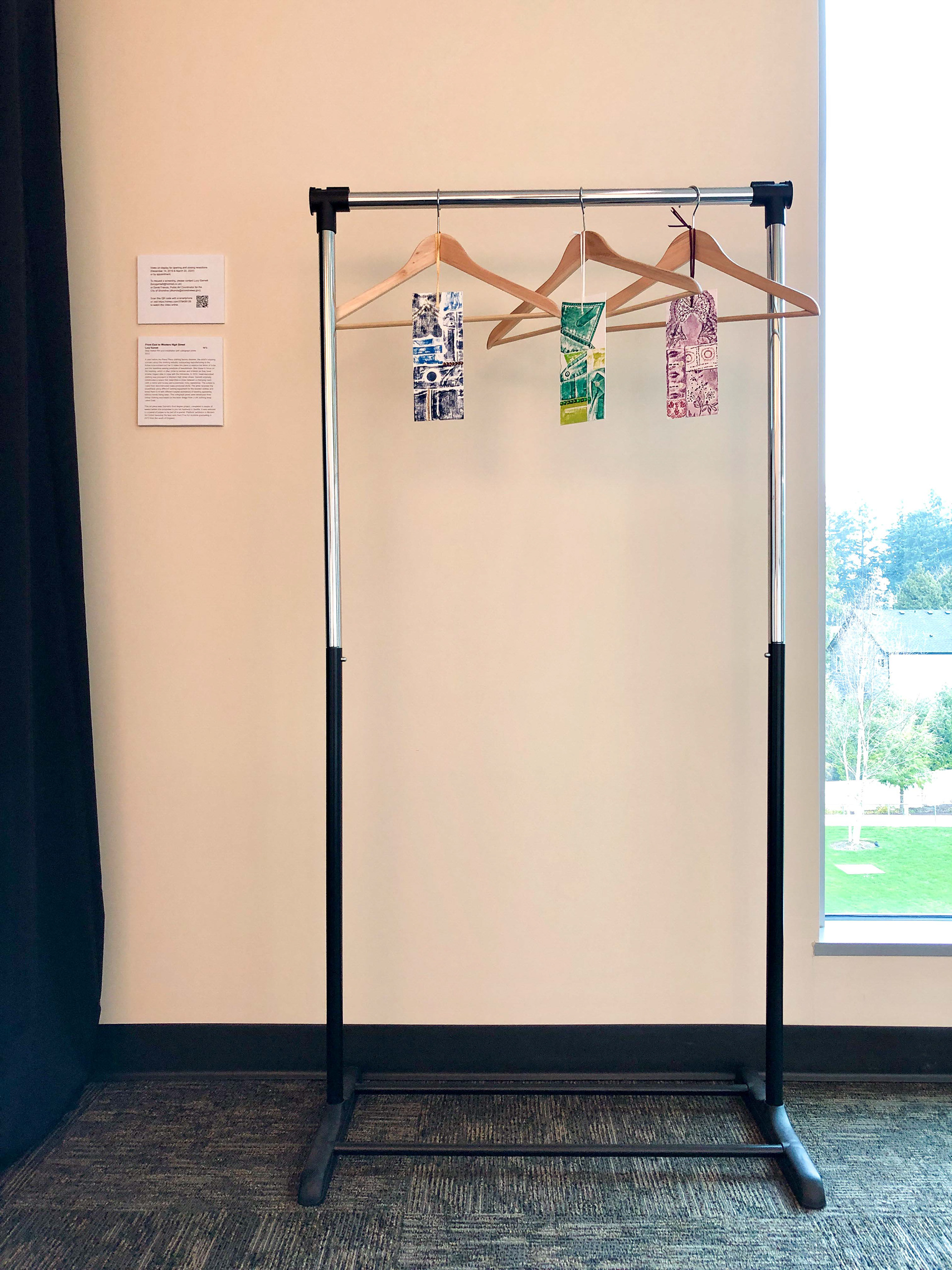 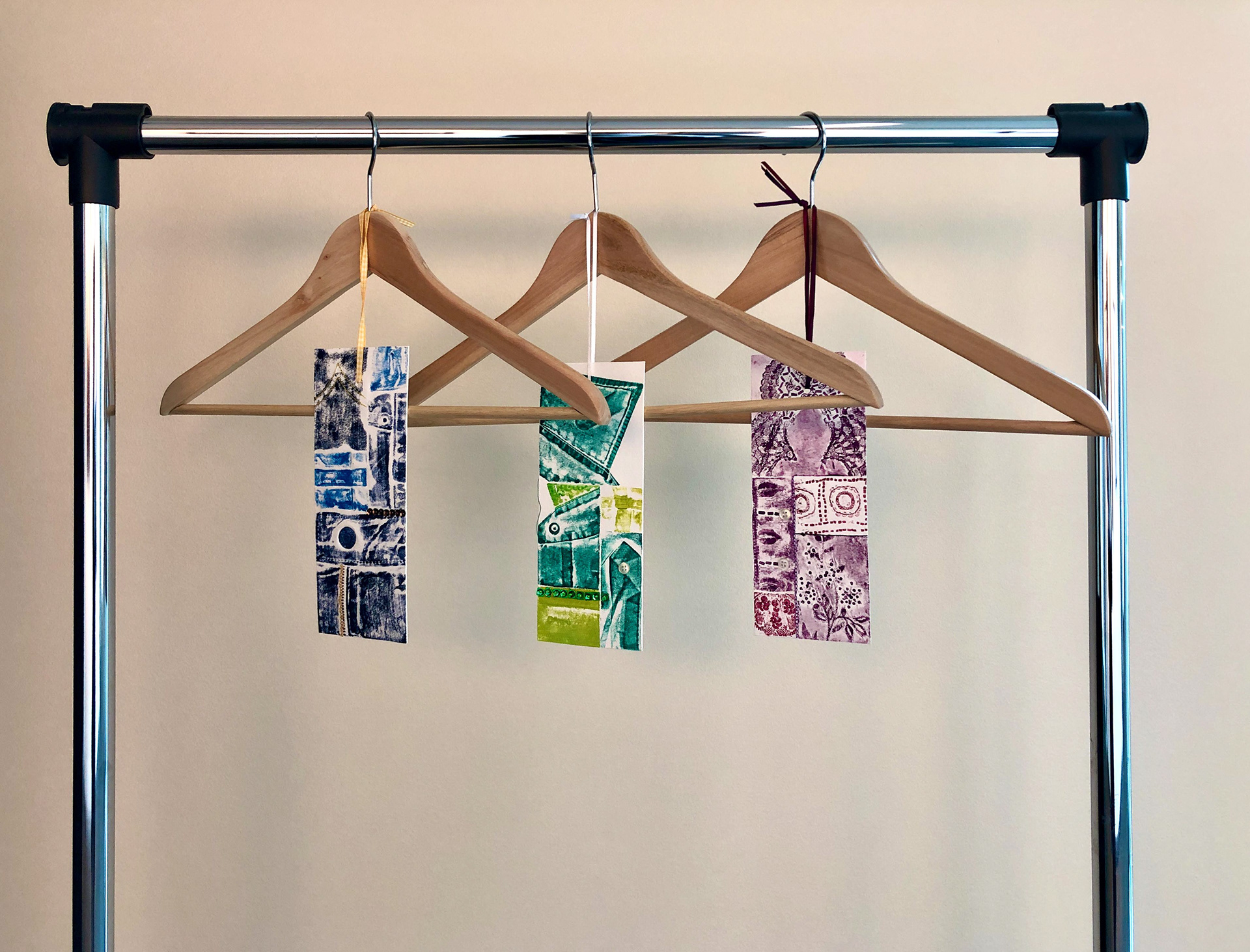 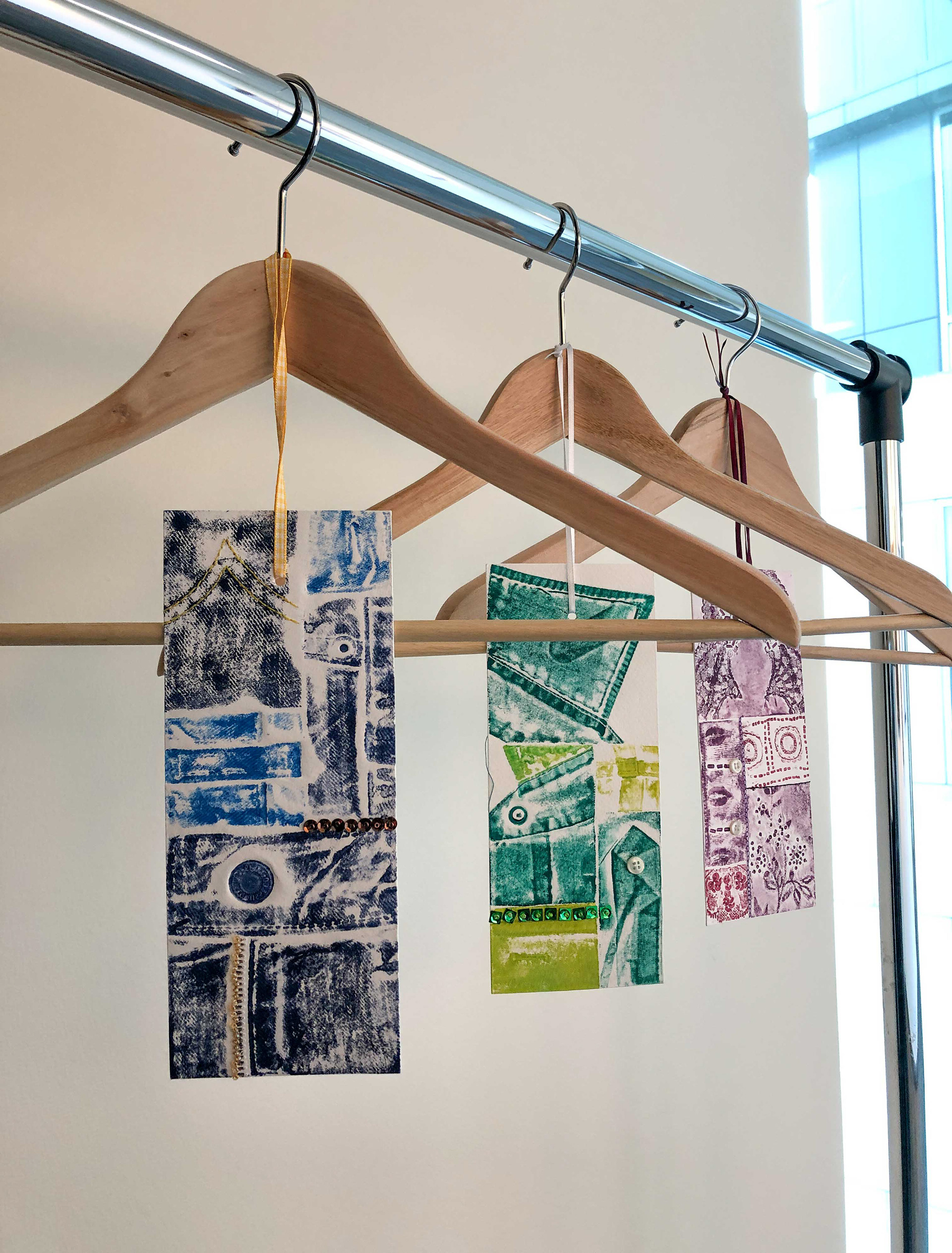 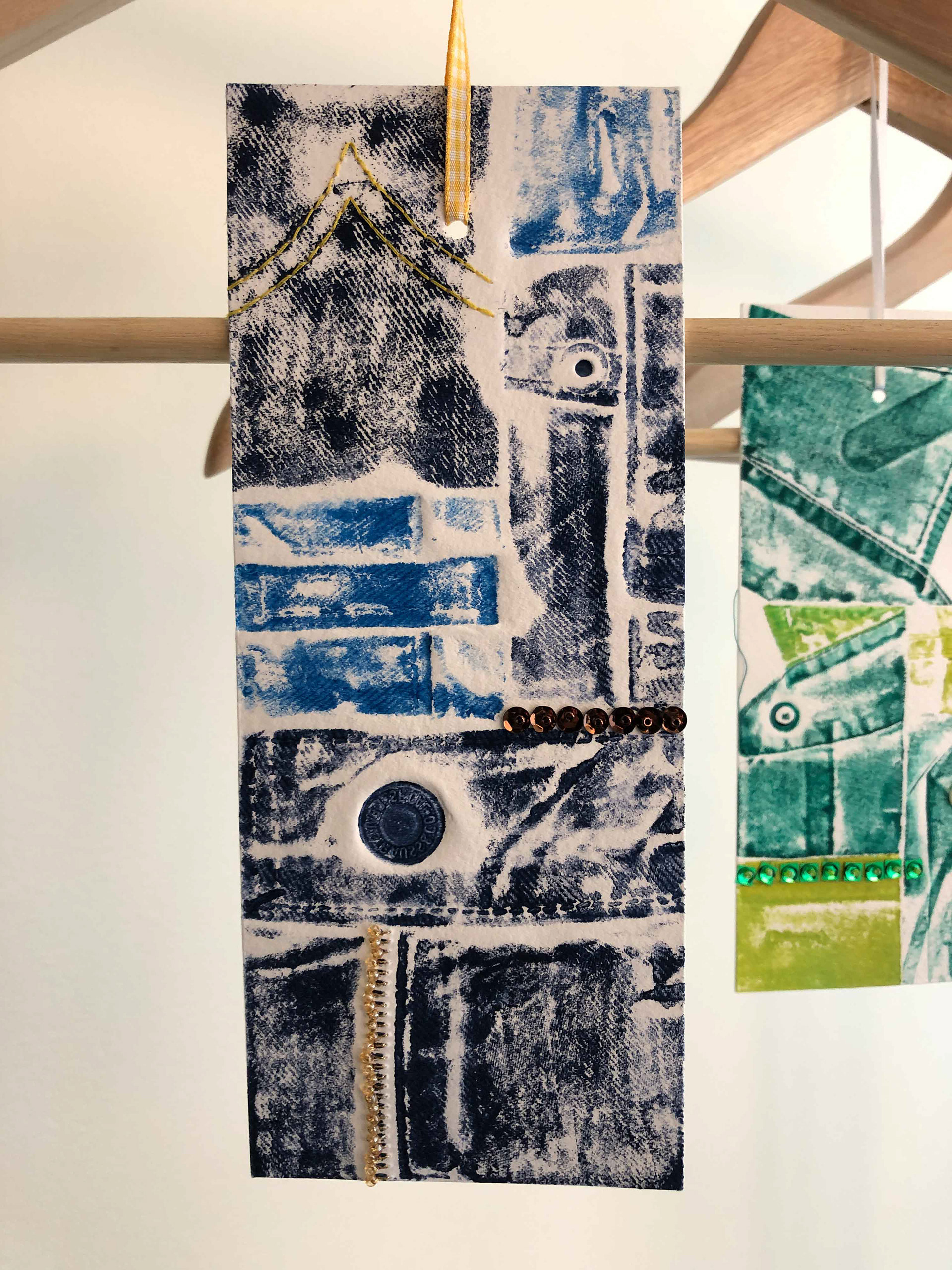 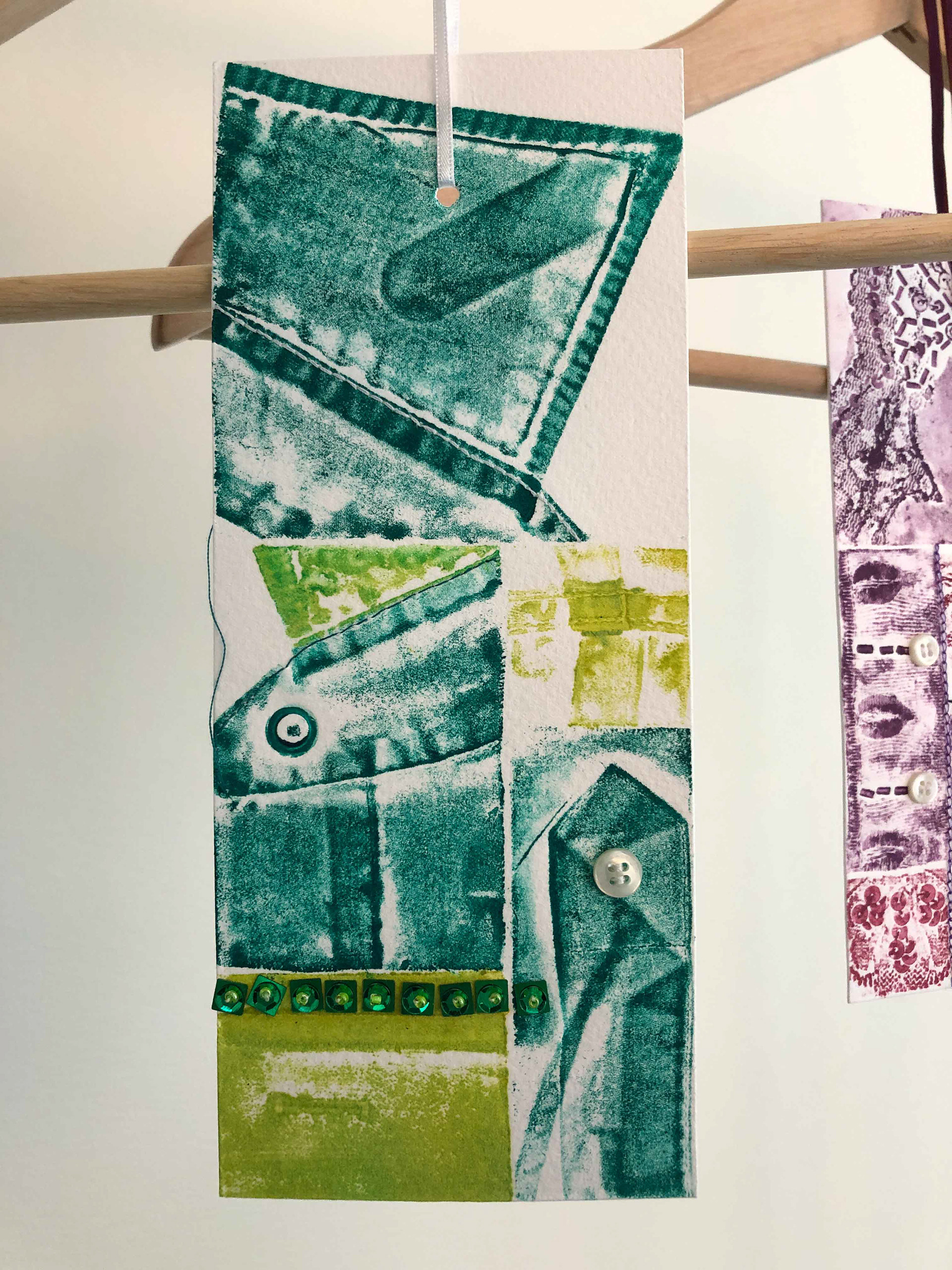 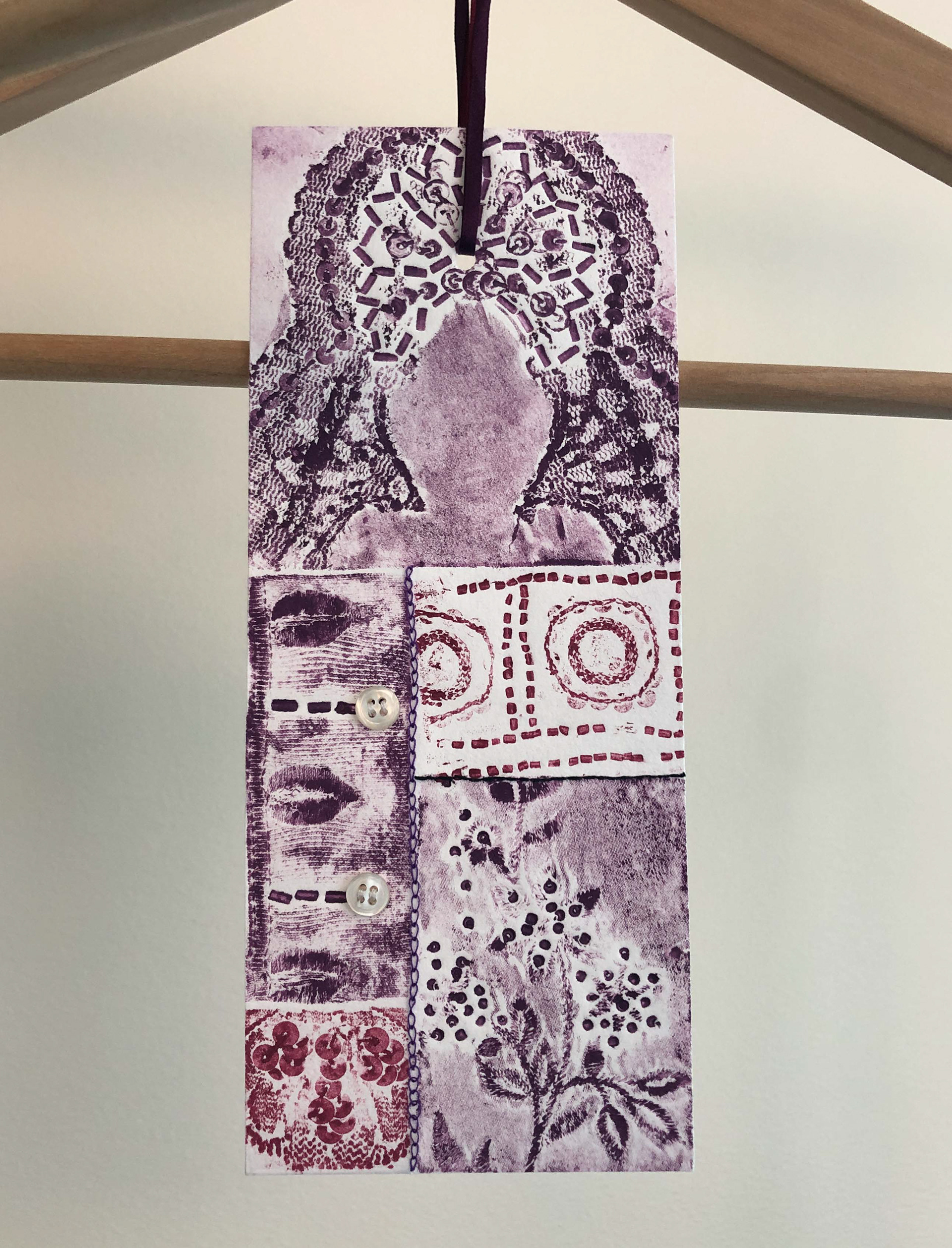 From East to Western High Street
stop-motion film and installation with collograph prints
8' x 10' x 3' (size variable). Video duration: 3:06, looping. 2012
NFS
A year before the Rana Plaza clothing factory disaster, the artist’s ongoing concern about the clothing industry outsourcing manufacturing to the Indian subcontinent led her to make this piece to explore the fabric of India and the repetitive sewing practices of sweatshops. She chose to focus on the beading, which is often done by women and children as they have smaller fingers able to cope with the intricacies. In 2012, bead-decorated clothing was prevalent in Western high street shops. Garnett originally constructed a space that resembles a cross between a changing room (with a mirror and hooks) and a cramped, noisy sweatshop. The screen is made from deconstructed mass-produced shirts. The artist recorded the soundtrack using different sewing equipment for the beaded clothes and timed them to fit with different looped animations of beading appearing without hands being seen. The collagraph prints were developed from cheap clothing and based on the label design from a UK clothing shop called East.
This art piece was Garnett’s final degree project, completed a couple of weeks before she emigrated to join her husband in Seattle. It was selected by a panel of judges to be part of a special ‘Platform’ exhibition in Modern Art Oxford featuring the best work from Fine Art students graduating in 2012 from the south of England.