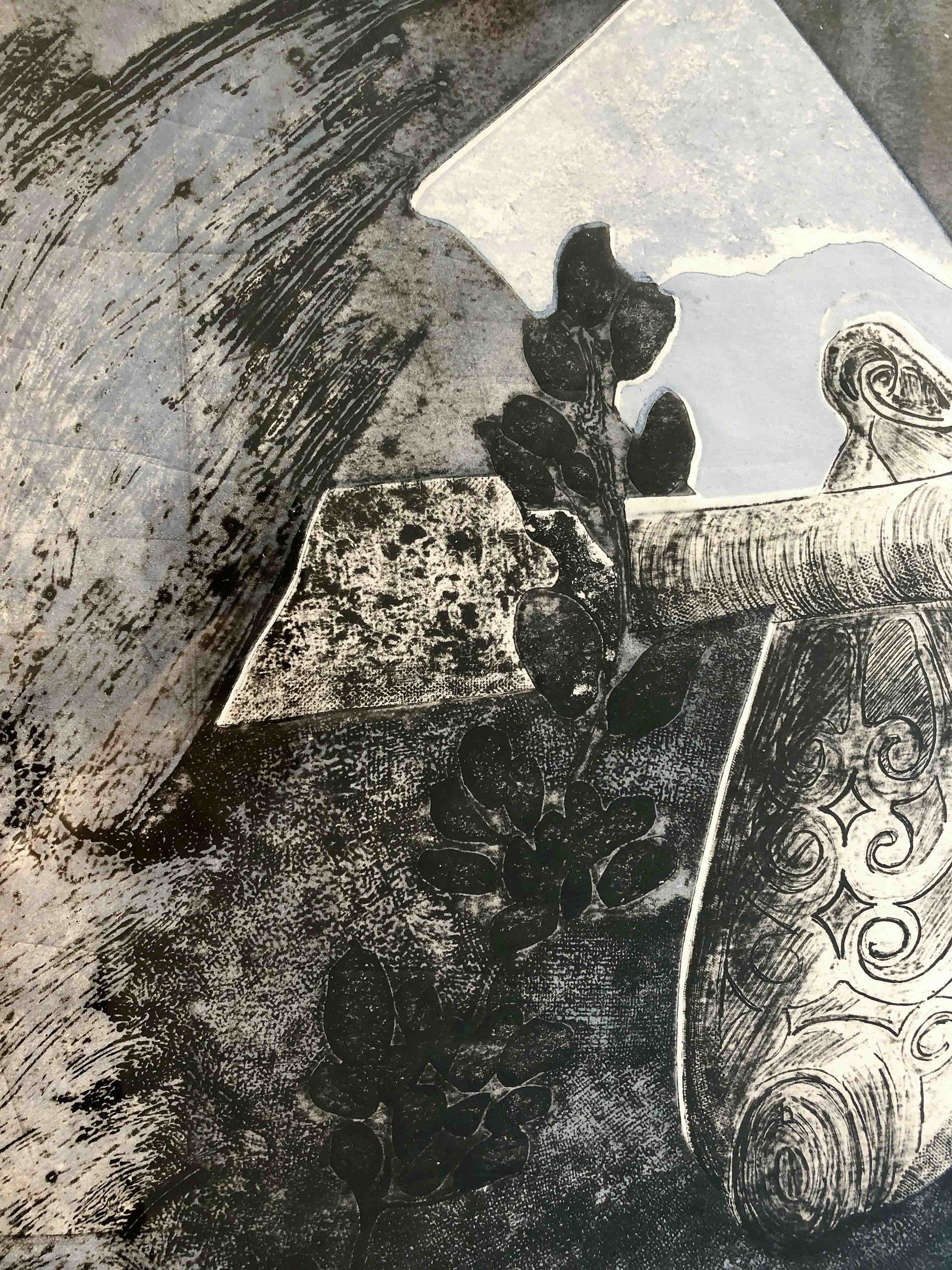 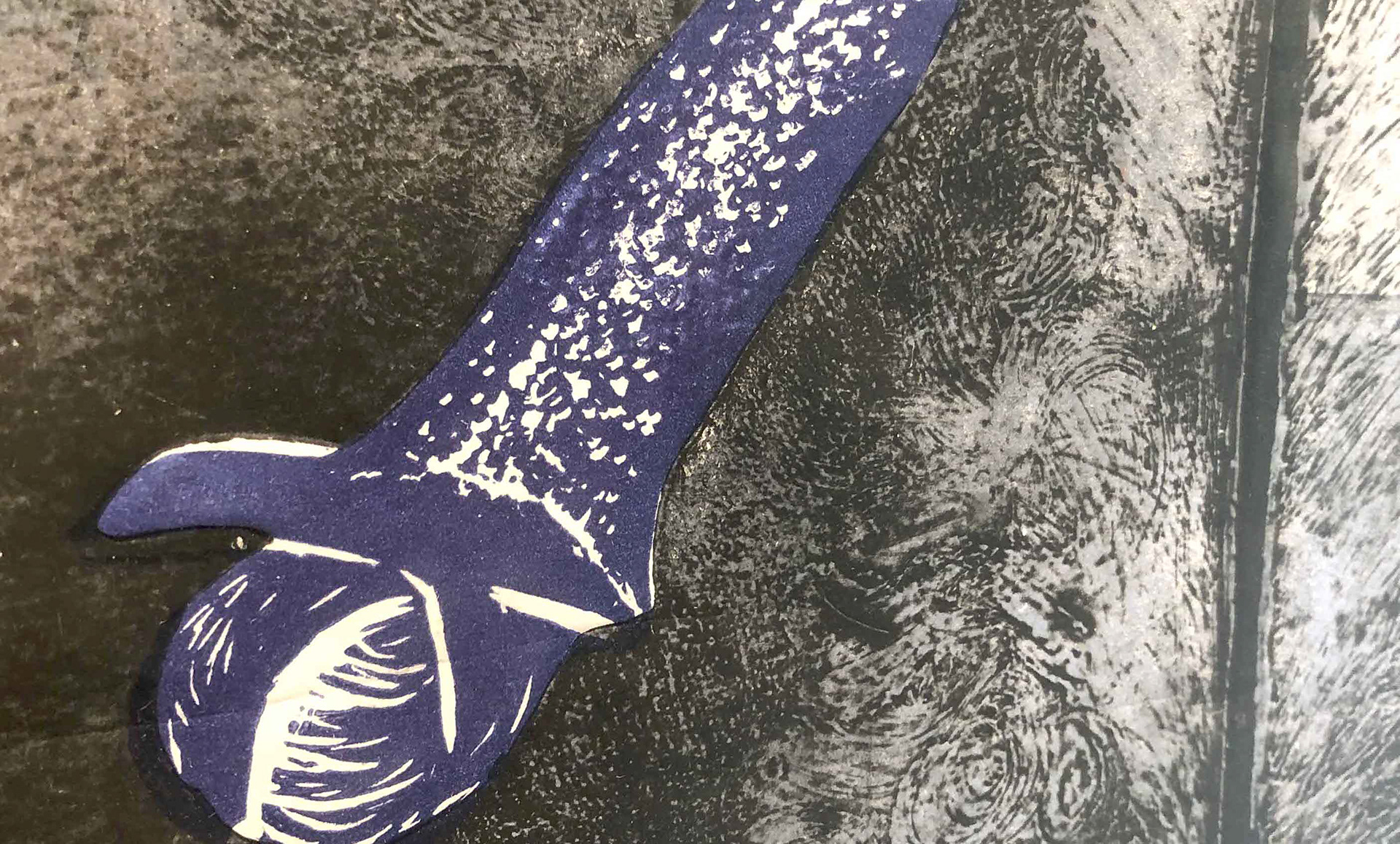 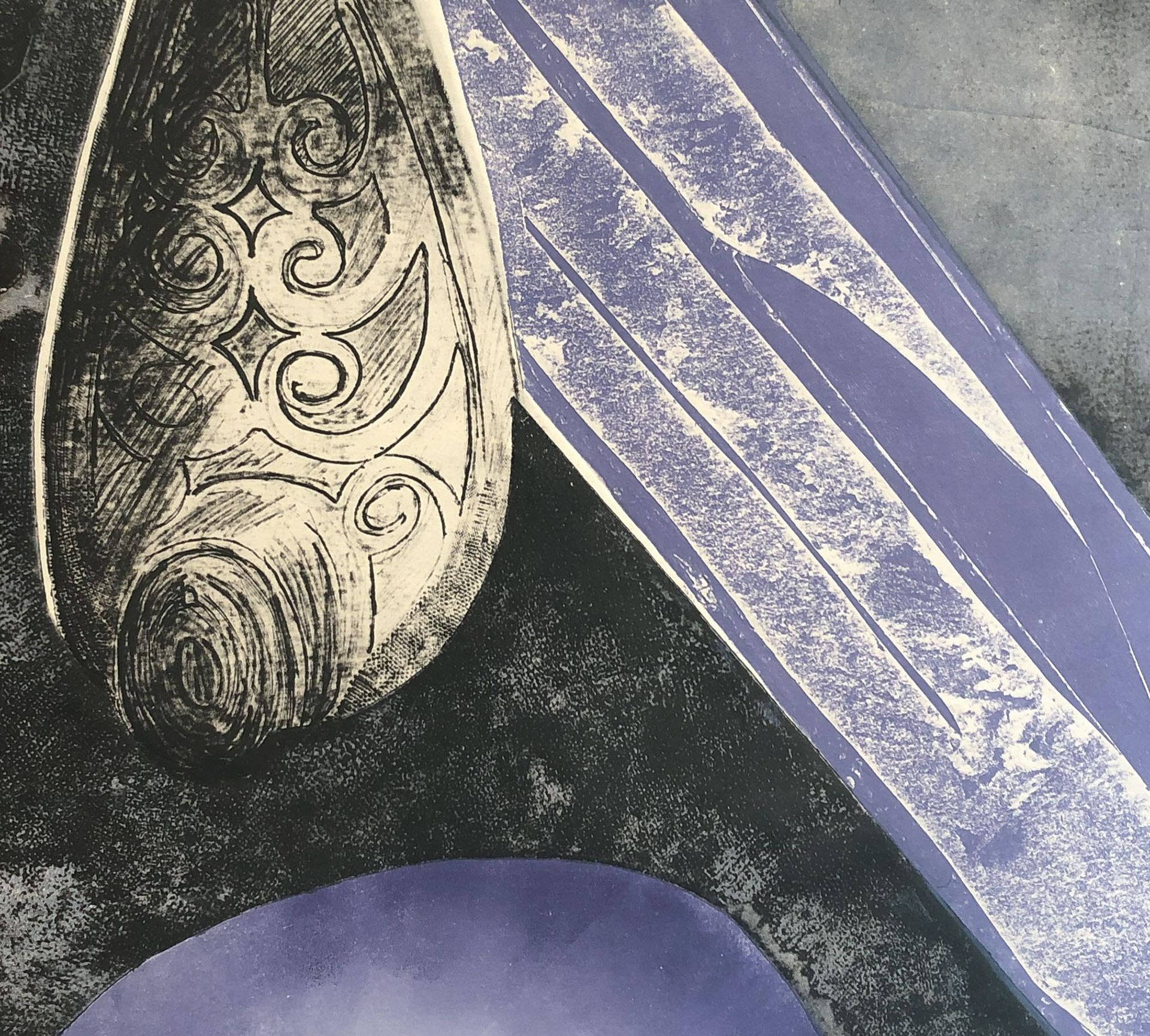 Funerary Rites
seven-piece combination print: collograph, drypoint and linocut
22" x 28". 2005
NFS
This was a college exercise in print technique and scale using “the seven ages of man” as a theme. The artist chose death and imagined funerary objects for an ancient Egyptian-inspired rite of passage to the afterlife—though she does not personally believe in the afterlife. She chose objects to stimulate the senses: a clove for taste, lavender for smell, an oboe reed for sound, purple pigment for sight and a feather for touch. The last objects were a Welsh hagstone (a pebble with hole in it formed by a small mollusc called a piddock) to whisper wishes through, and an earring.
Most of the printed marks were created by drawing into a layer of PVA glue as it dried or cutting the mountboard.