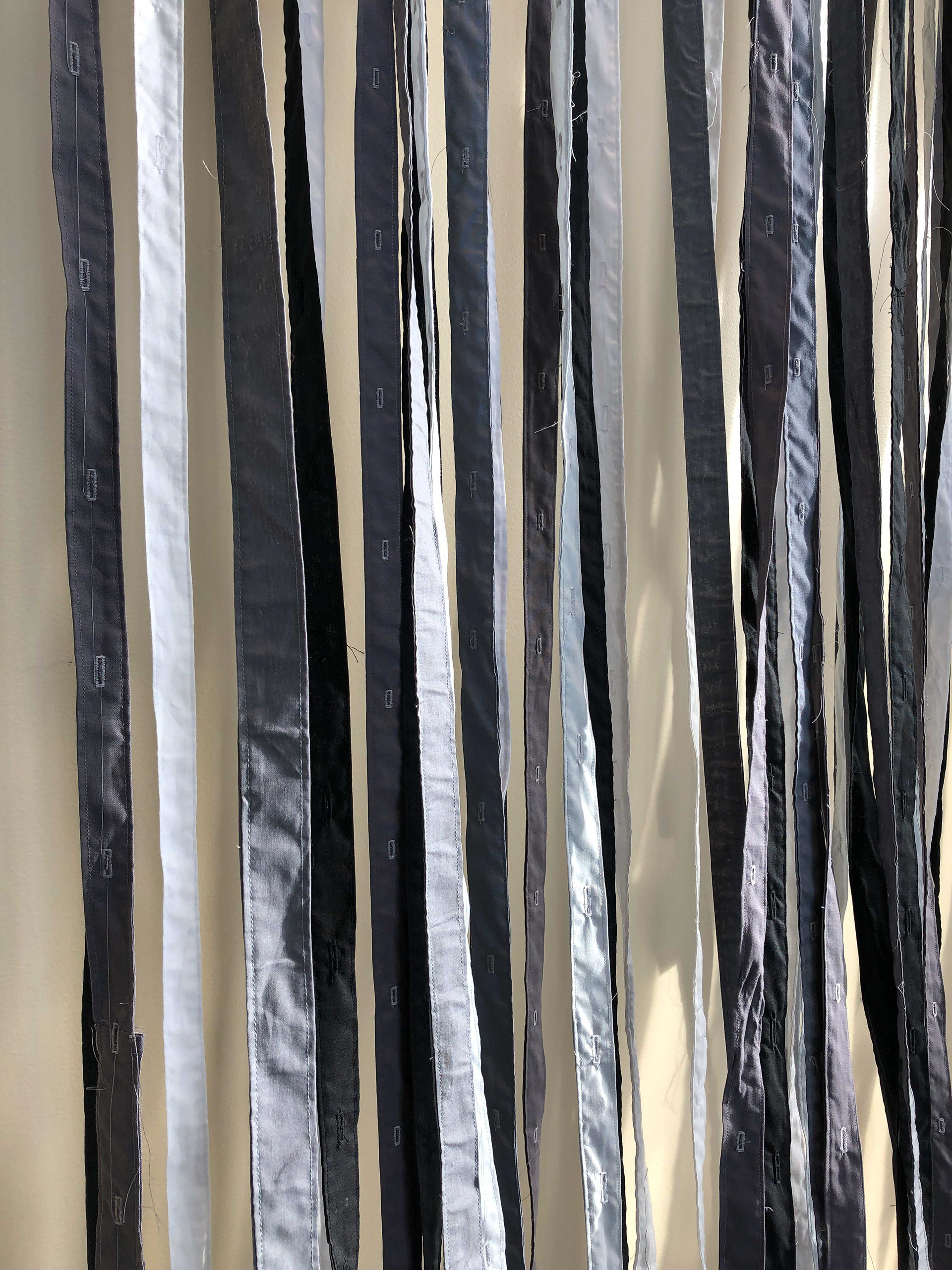 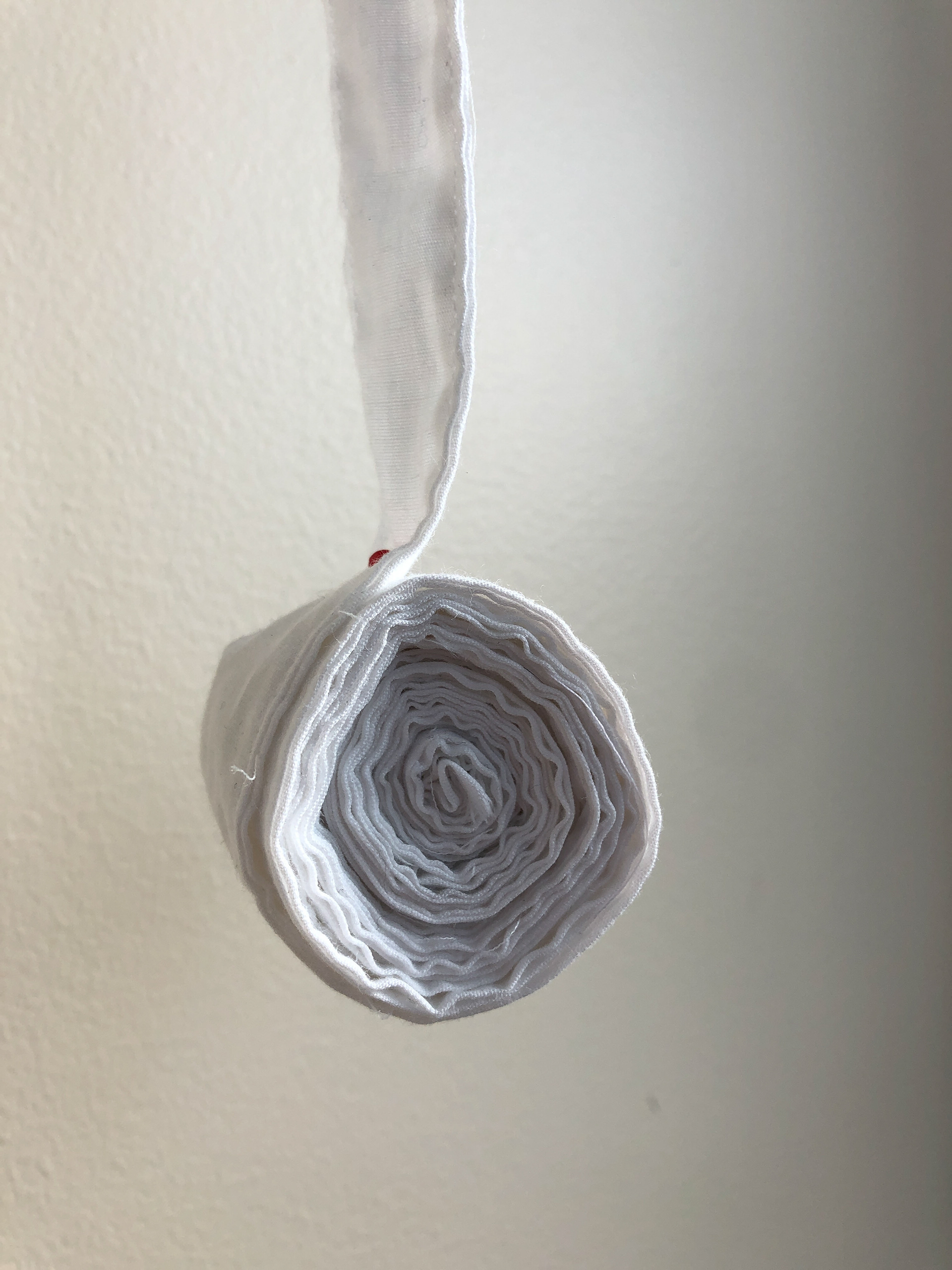 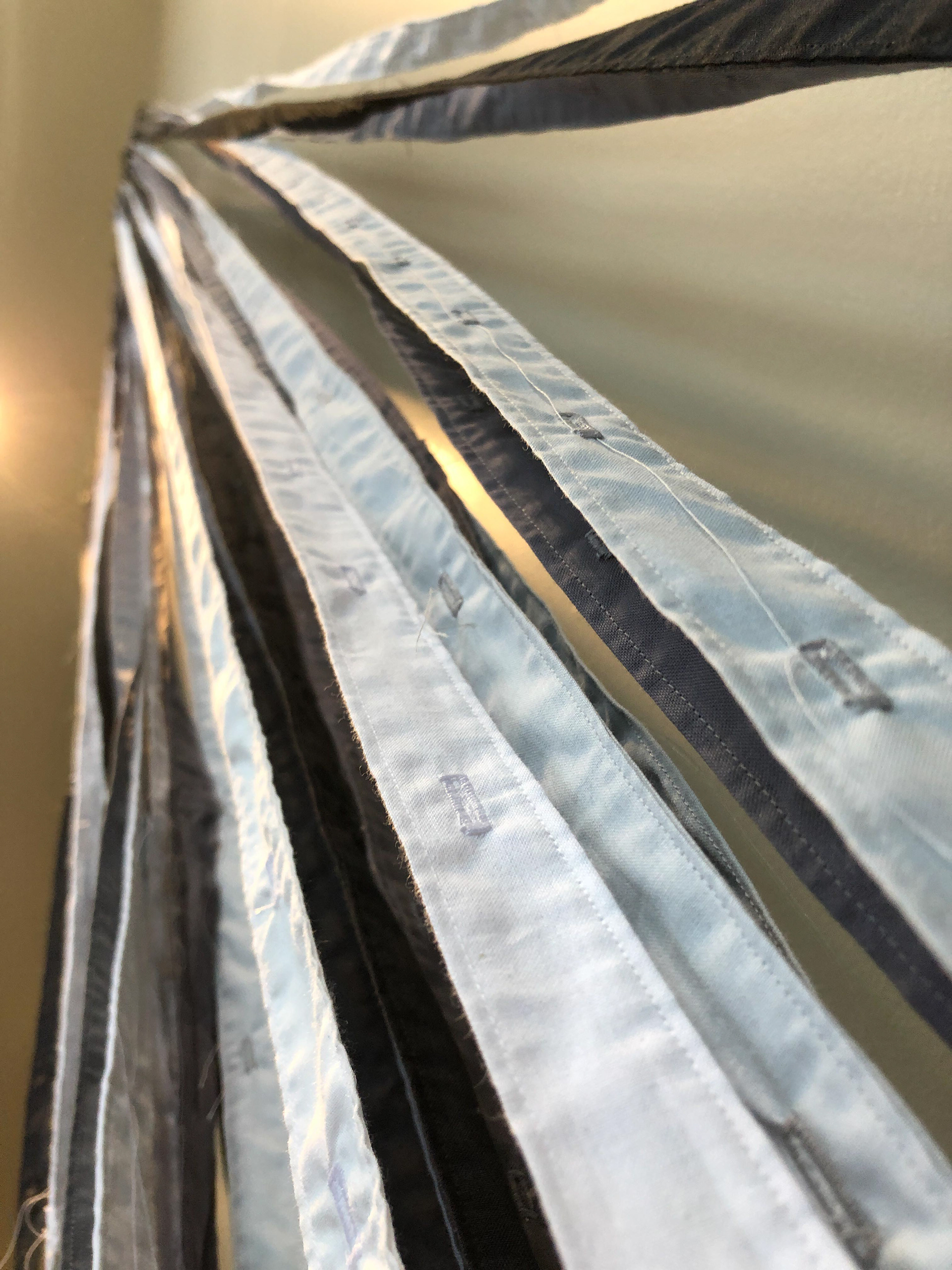 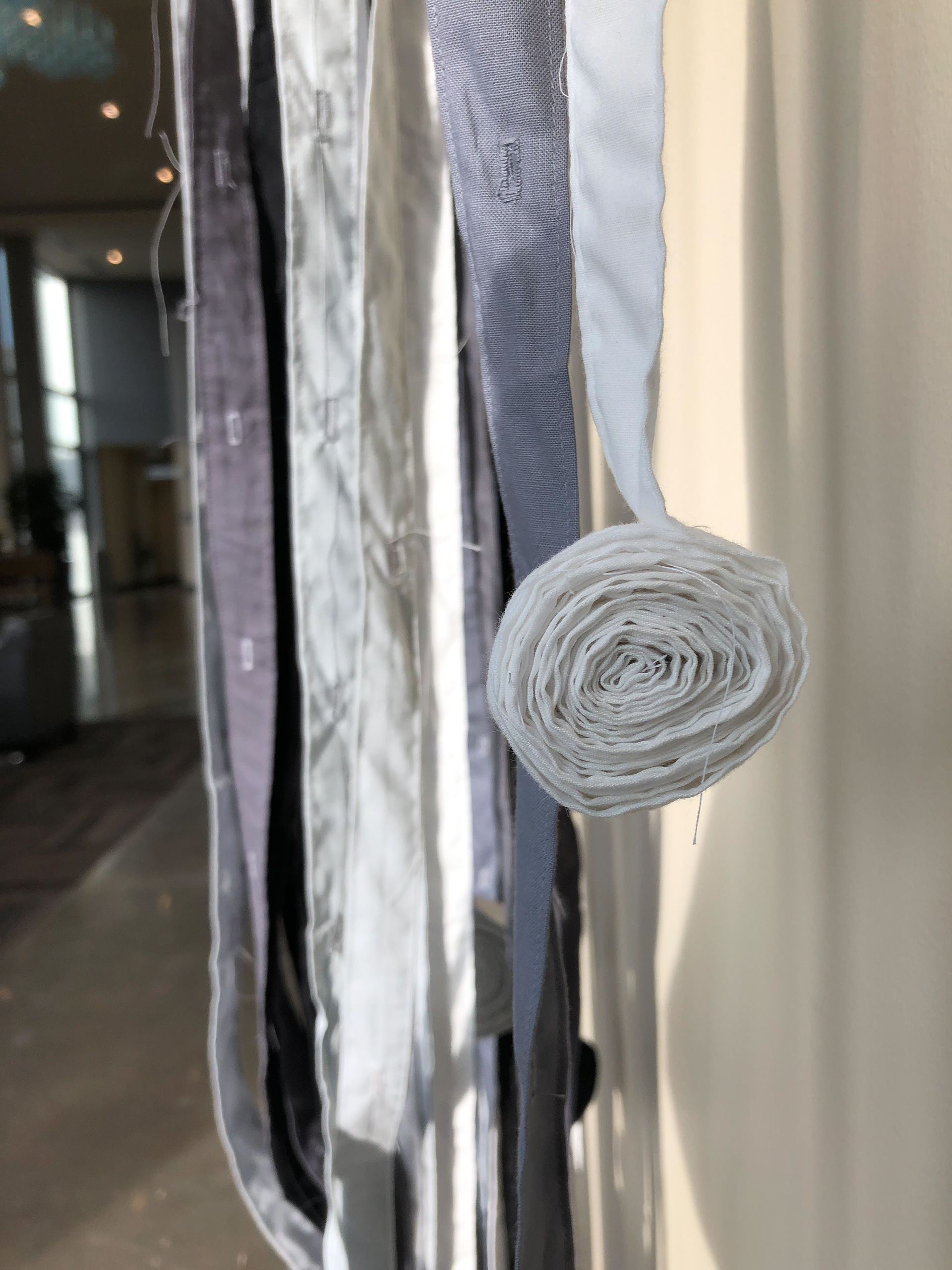 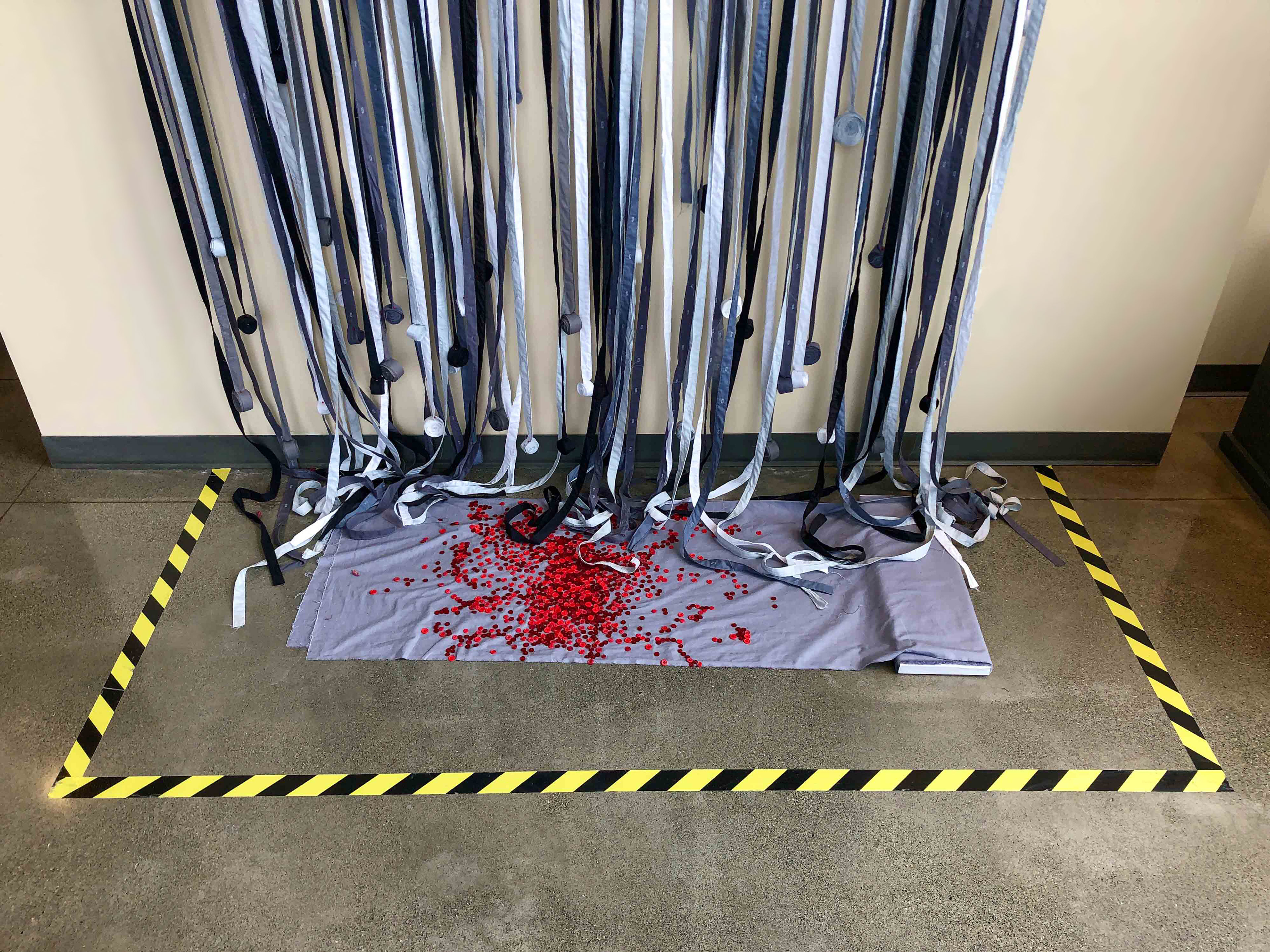 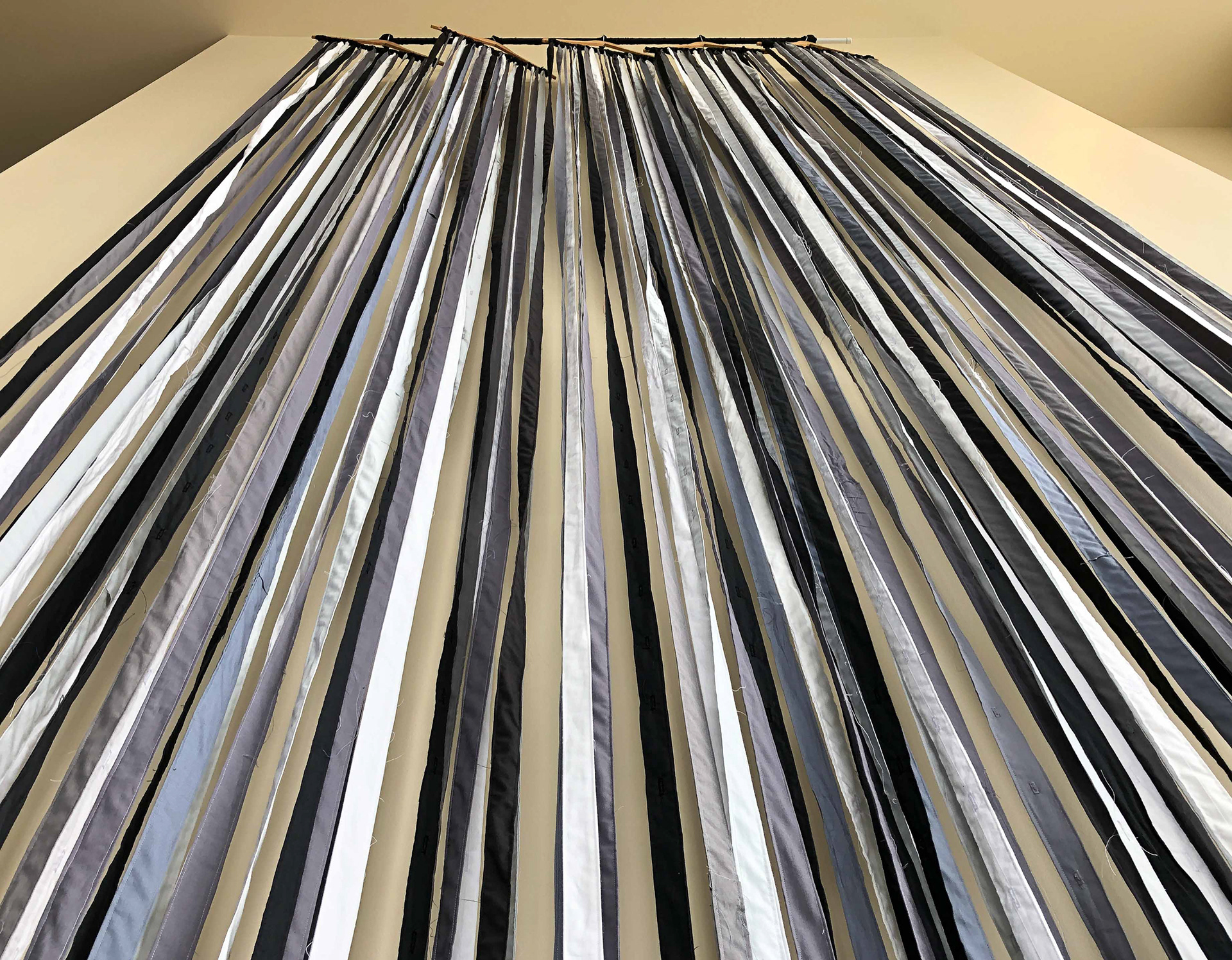 Tribute to Rana Plaza Clothing Workers
Cotton cloth, plastic buttons, dressmaking pins, clothes hangers, hazard tape
Approx. 22 ' x 8' x 4'. 2019
NFS
On the 24th of April, 2013 in Dhaka, Bangladesh, the eight-storey Rana Plaza building, with garment factories on the illegally built top floors, collapsed in less than two minutes. Reports vary but up to 1,134 workers died: men, women and children. 2,500 were injured. The factories were producing cheap clothing for major Western brands. The artist grew up in the north of England, a region once known for its manufacture of cloth and clothes. Her maternal great-grandmother left school at 13 to work in the mills in Manchester. Labour laws brought in to protect British workers from factory owners’ harsh conditions resulted in companies outsourcing production to India, Bangladesh and other ‘Far Eastern’ countries, where laws are not as strict and factory owners can bribe officials. Things have improved since Rana Plaza, due to international pressure on the Western companies to persuade the Bangladeshi Government to enforce safety procedures, but the 5,000 Bangladeshi garment workers are still paid some of the lowest wages in the world, and officials can still be bribed.
For this piece, Lucy Garnett explored the repetitive nature of sweatshop mass production systems by sewing 2,500 buttonholes for the injured on cloth made like button bands on shirts. In order not to injure herself, she took breaks not allowed to the workers in real sweatshops. The 1,134 buttons are hand-sewn for those who died for something Westerners often take for granted and that the traditional clothing of Bangladesh and India does not need: the button. 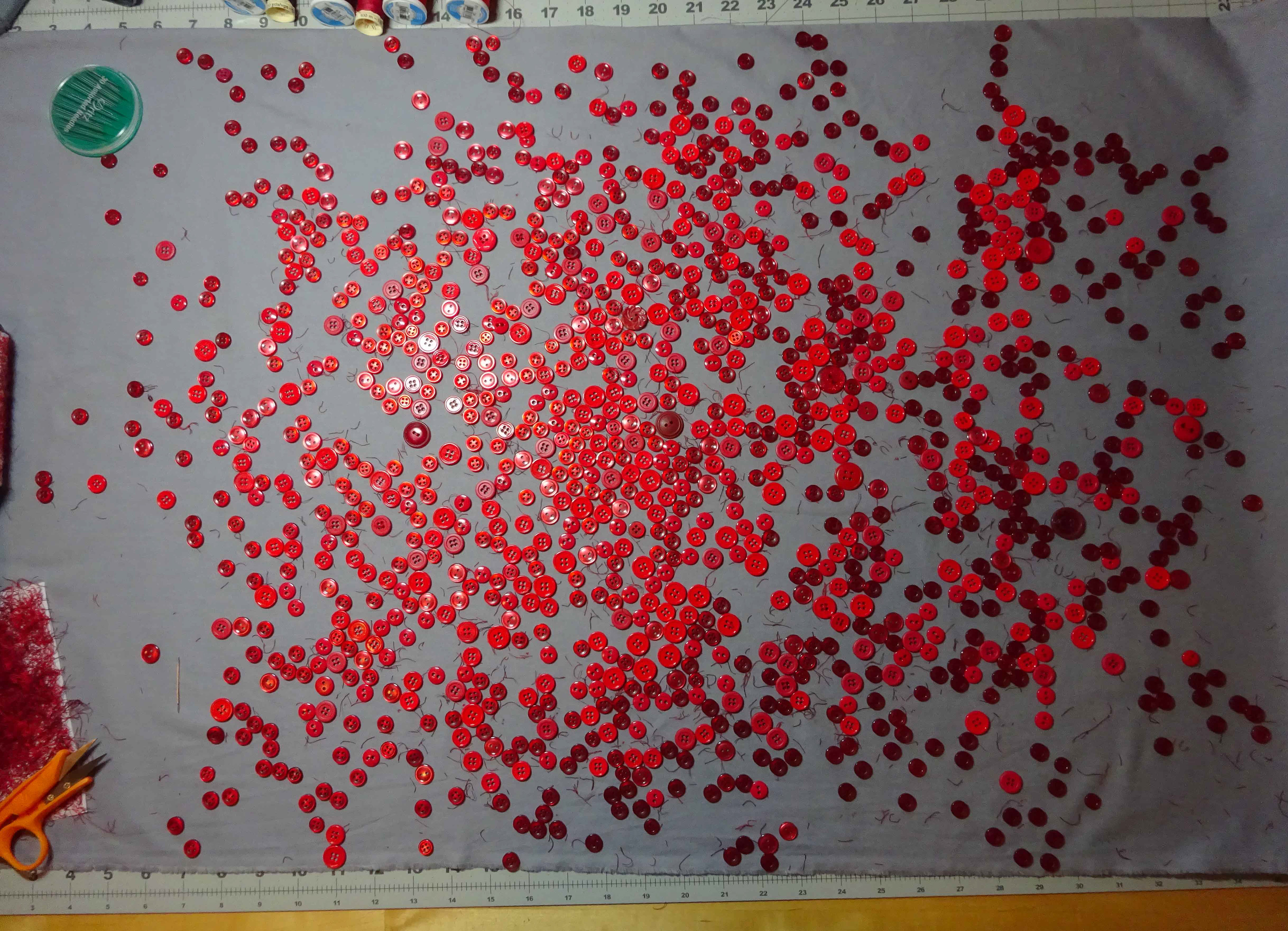 Hand-sewn buttons to represent the dead 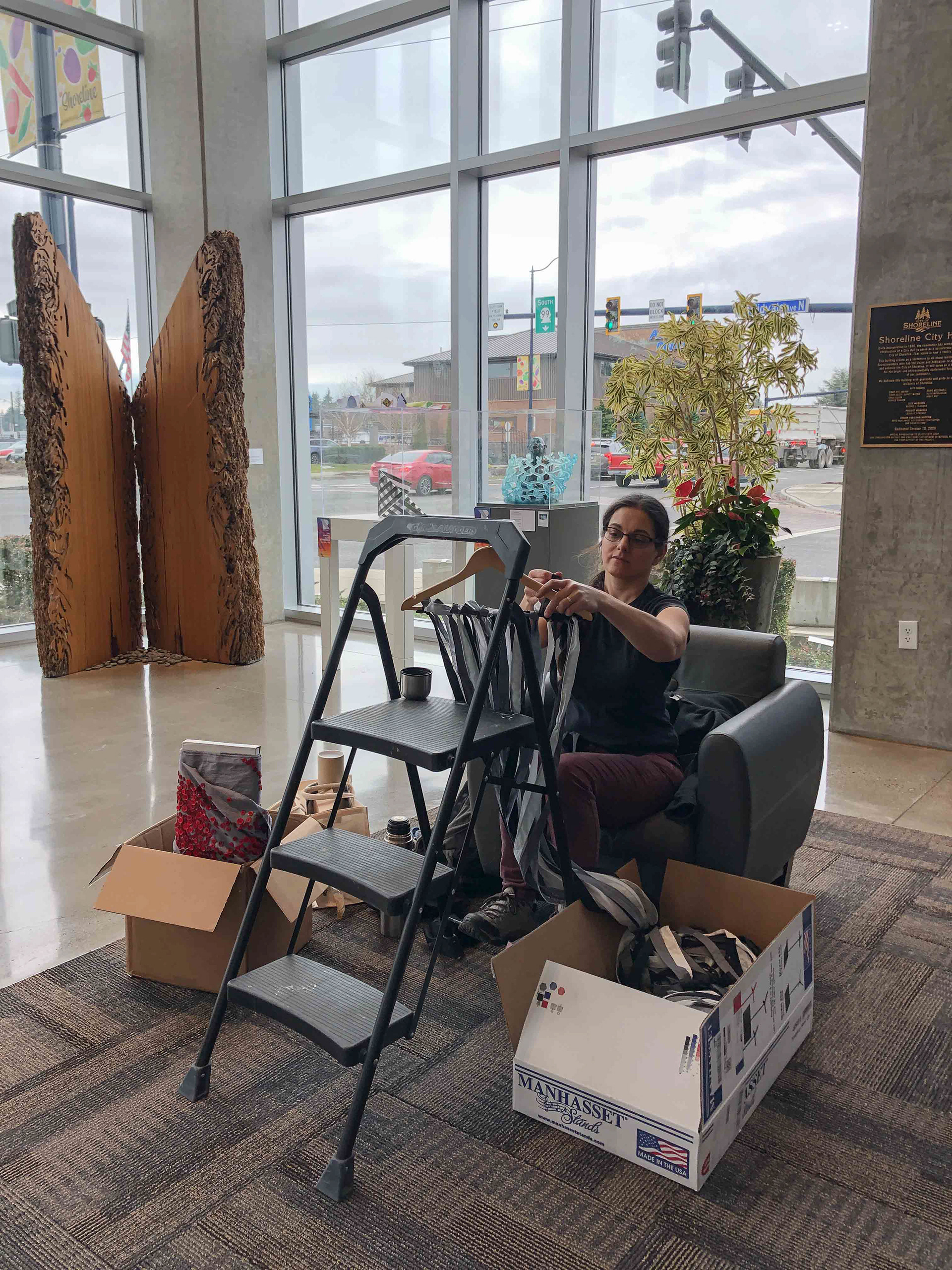 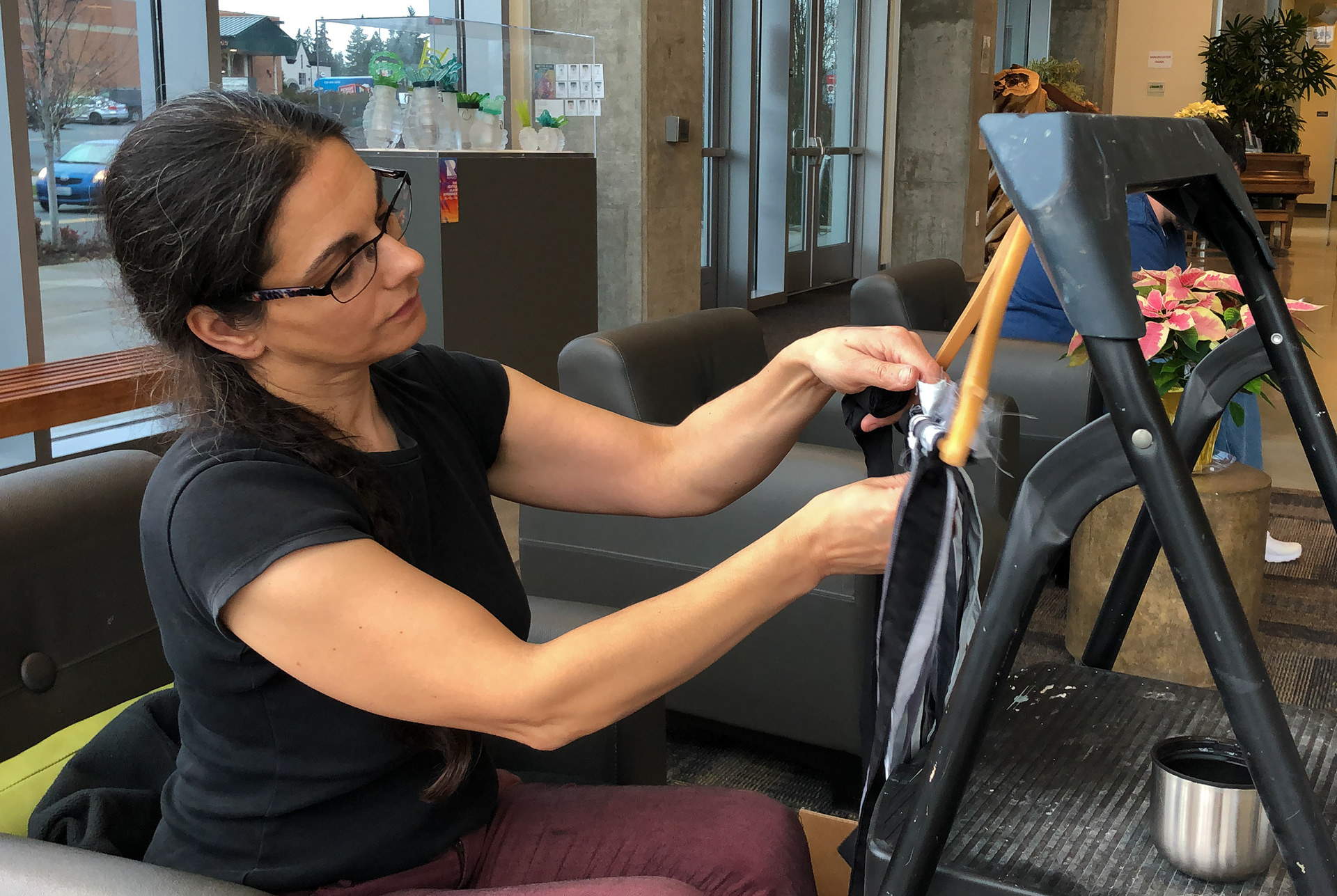 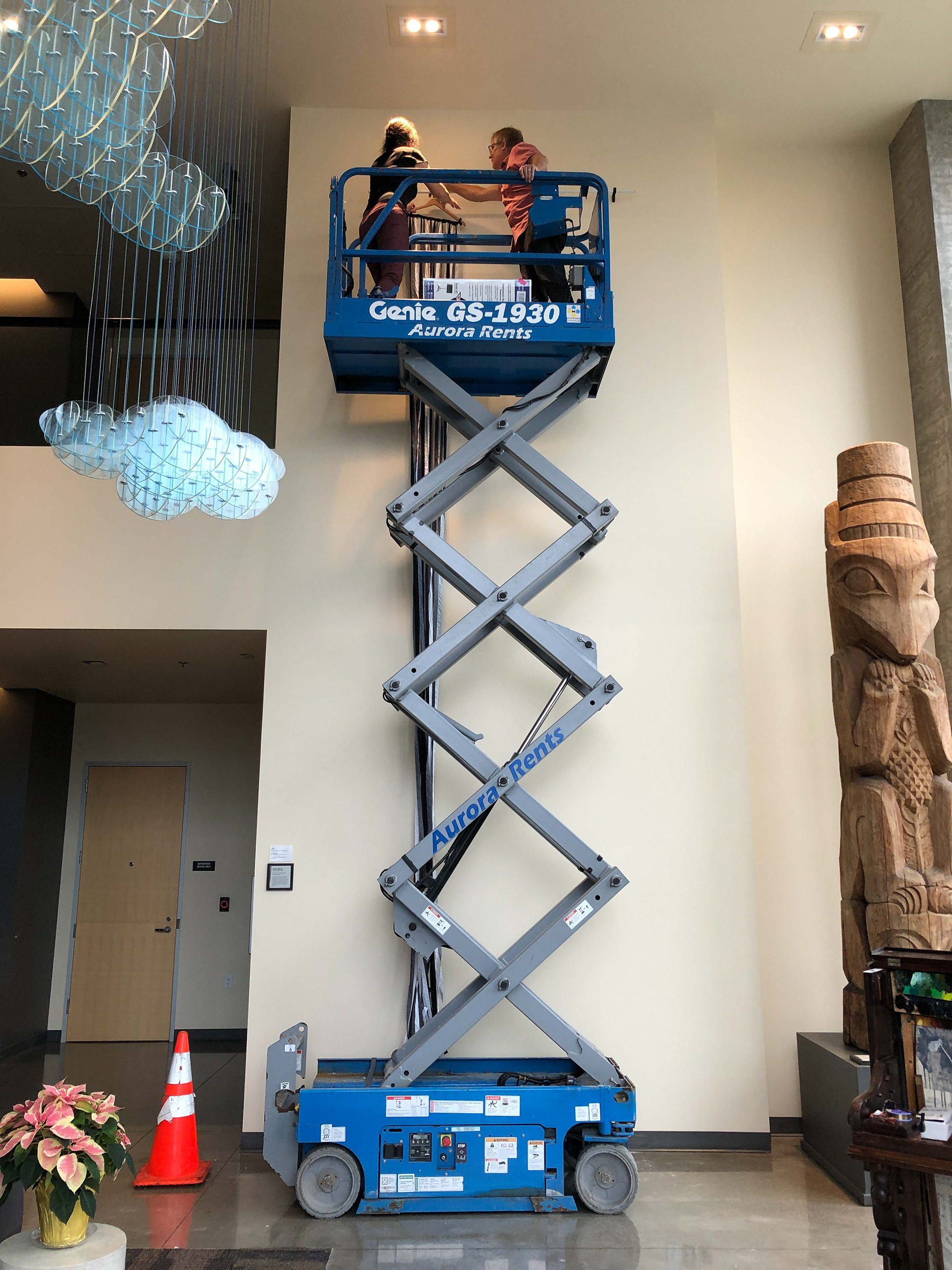 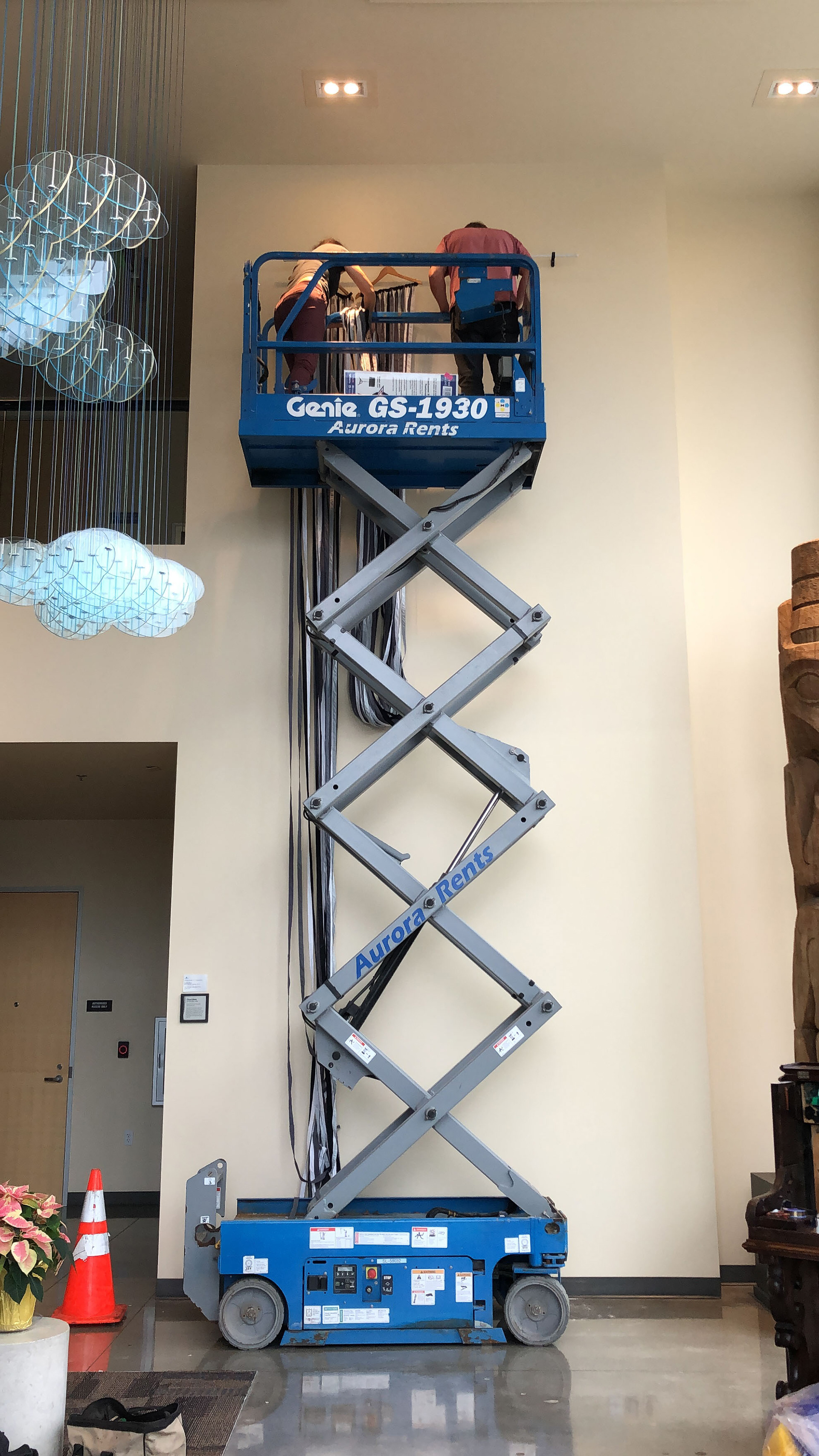 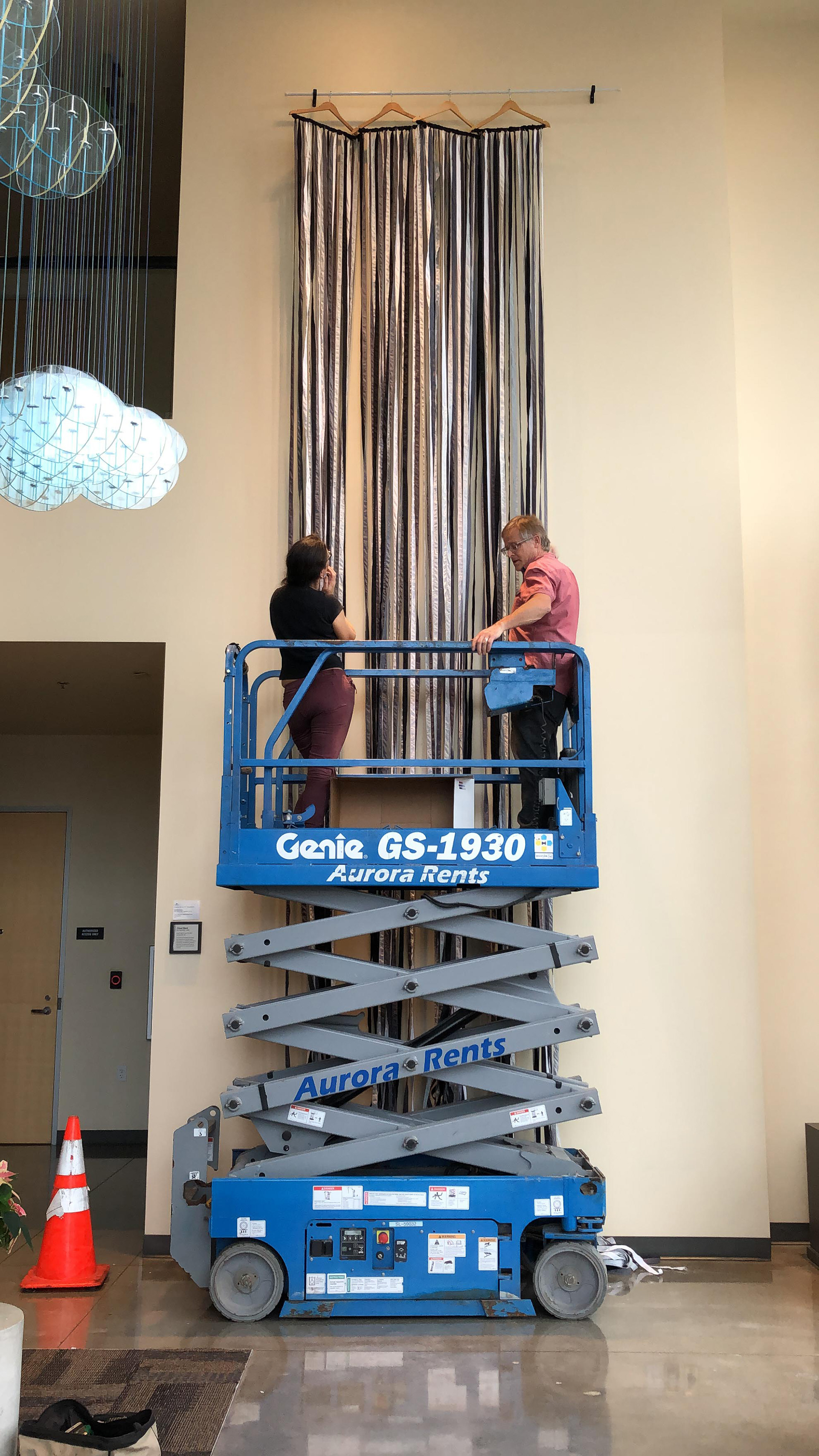 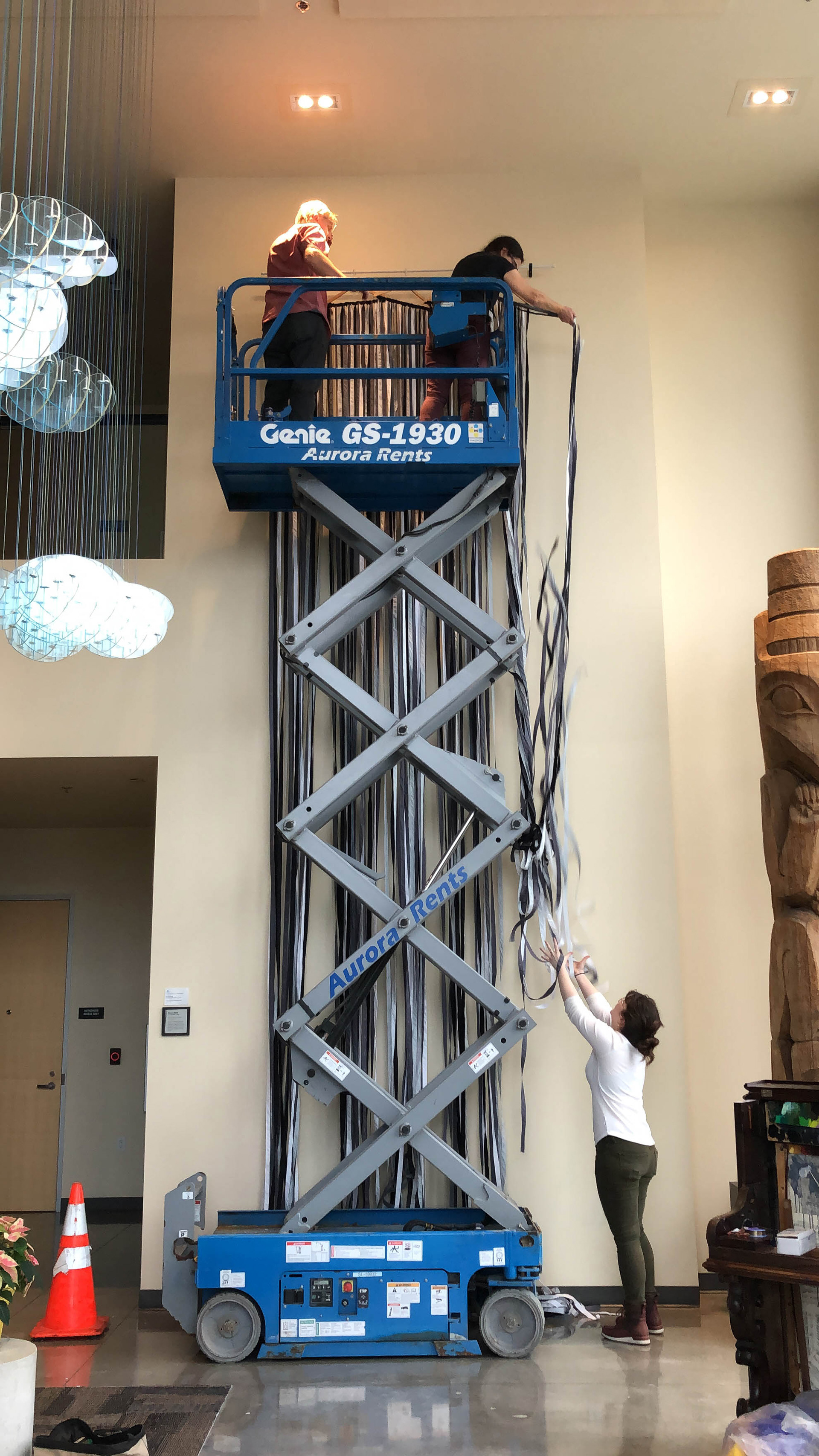 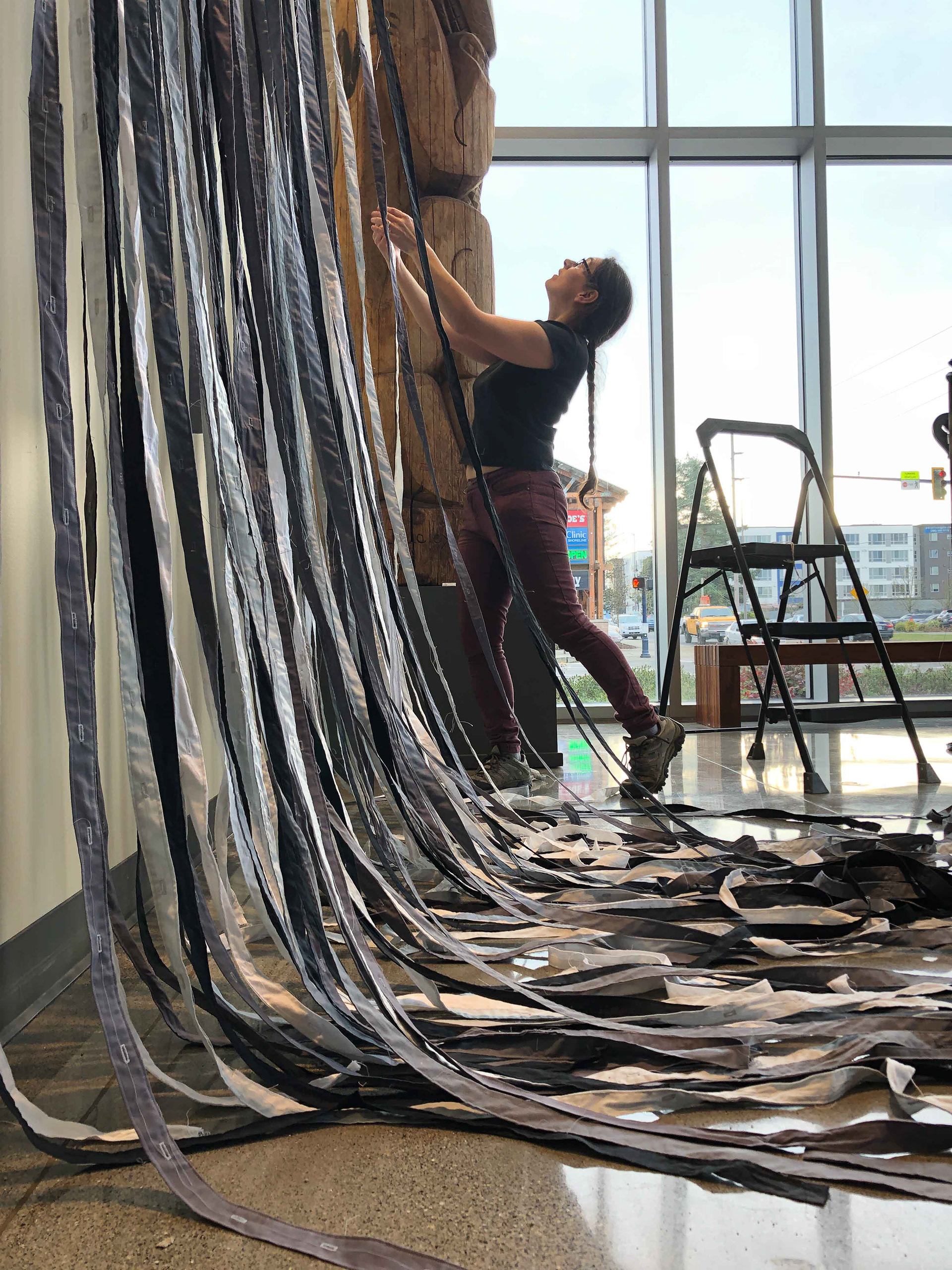 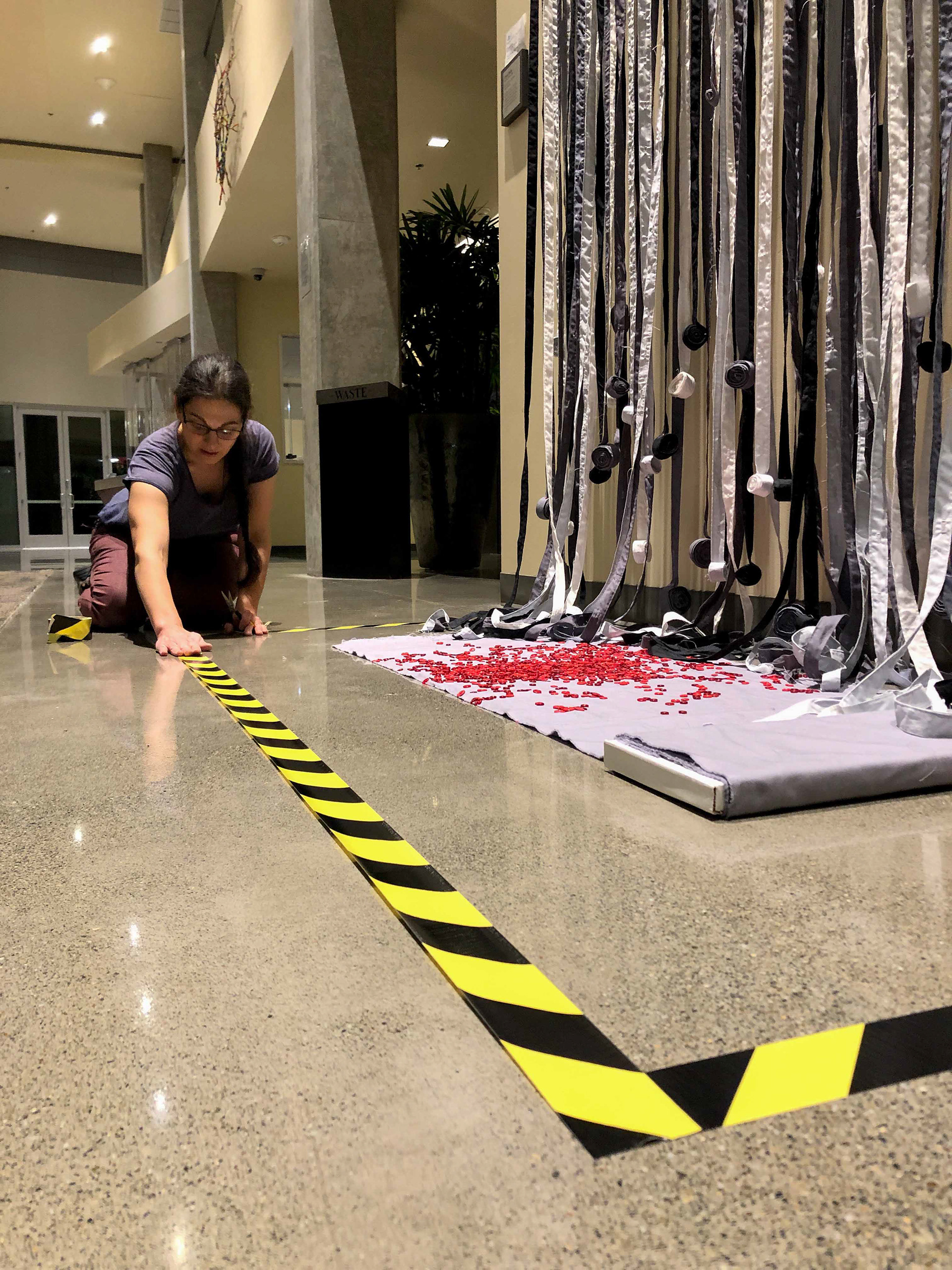 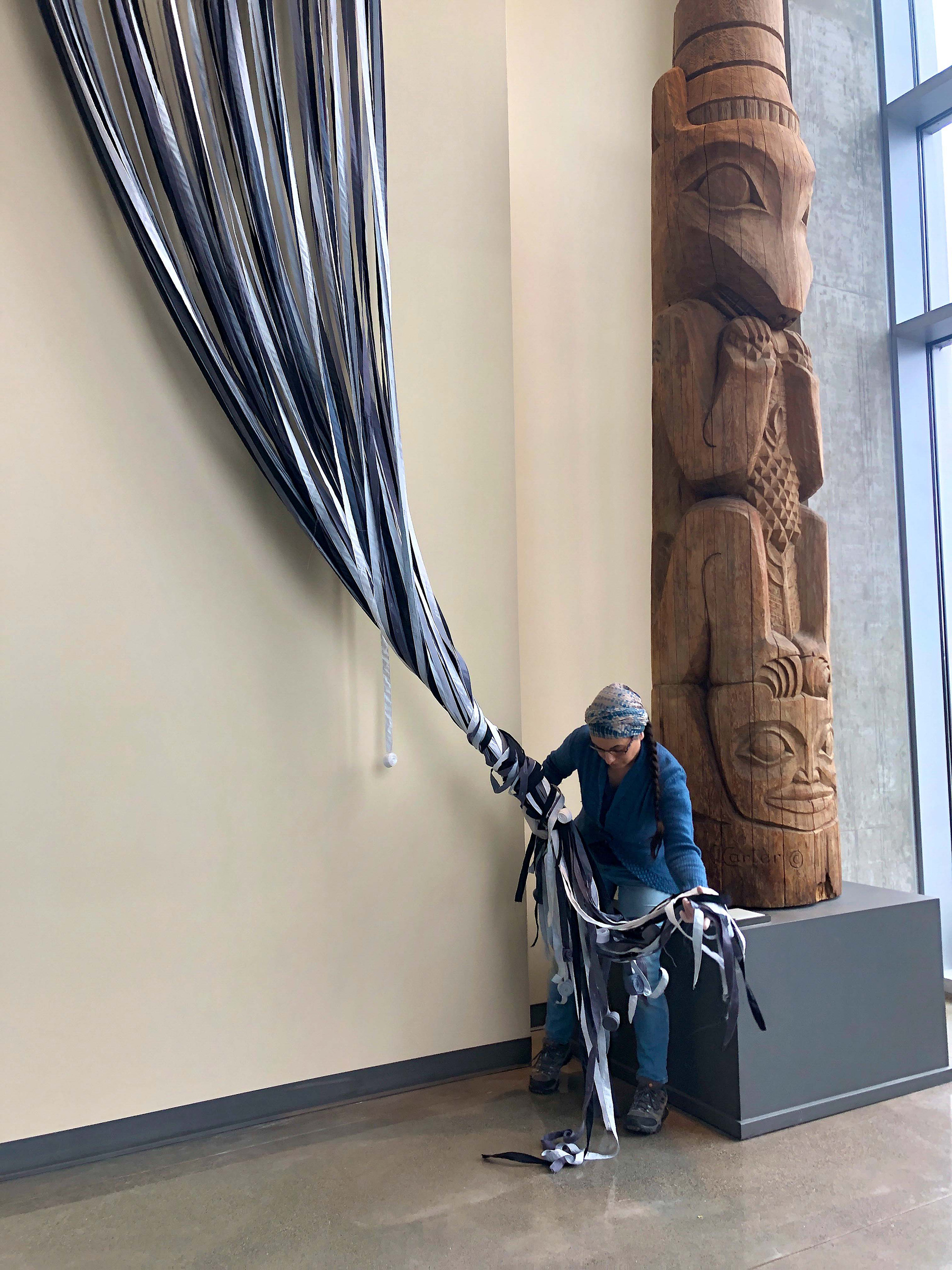 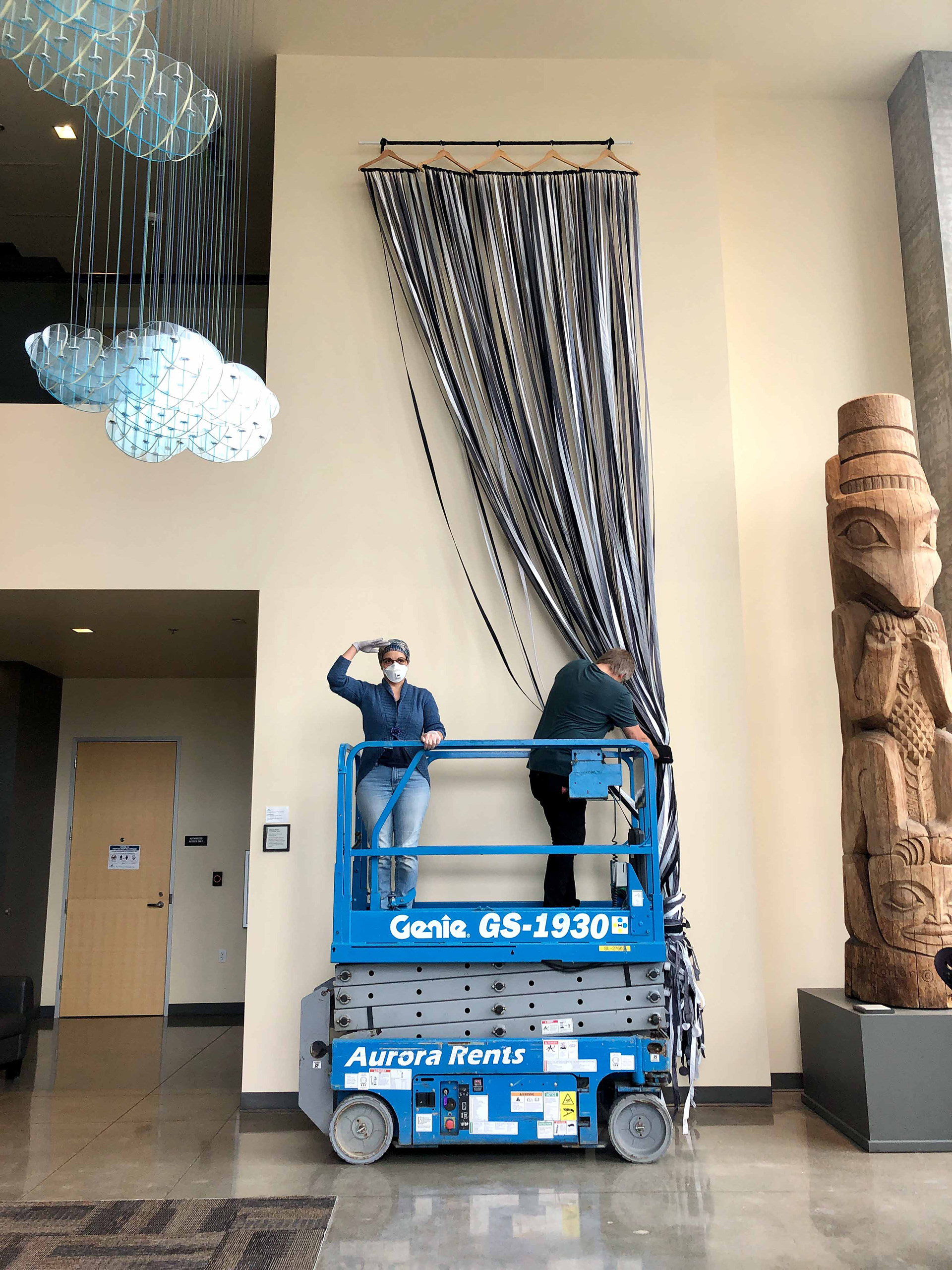 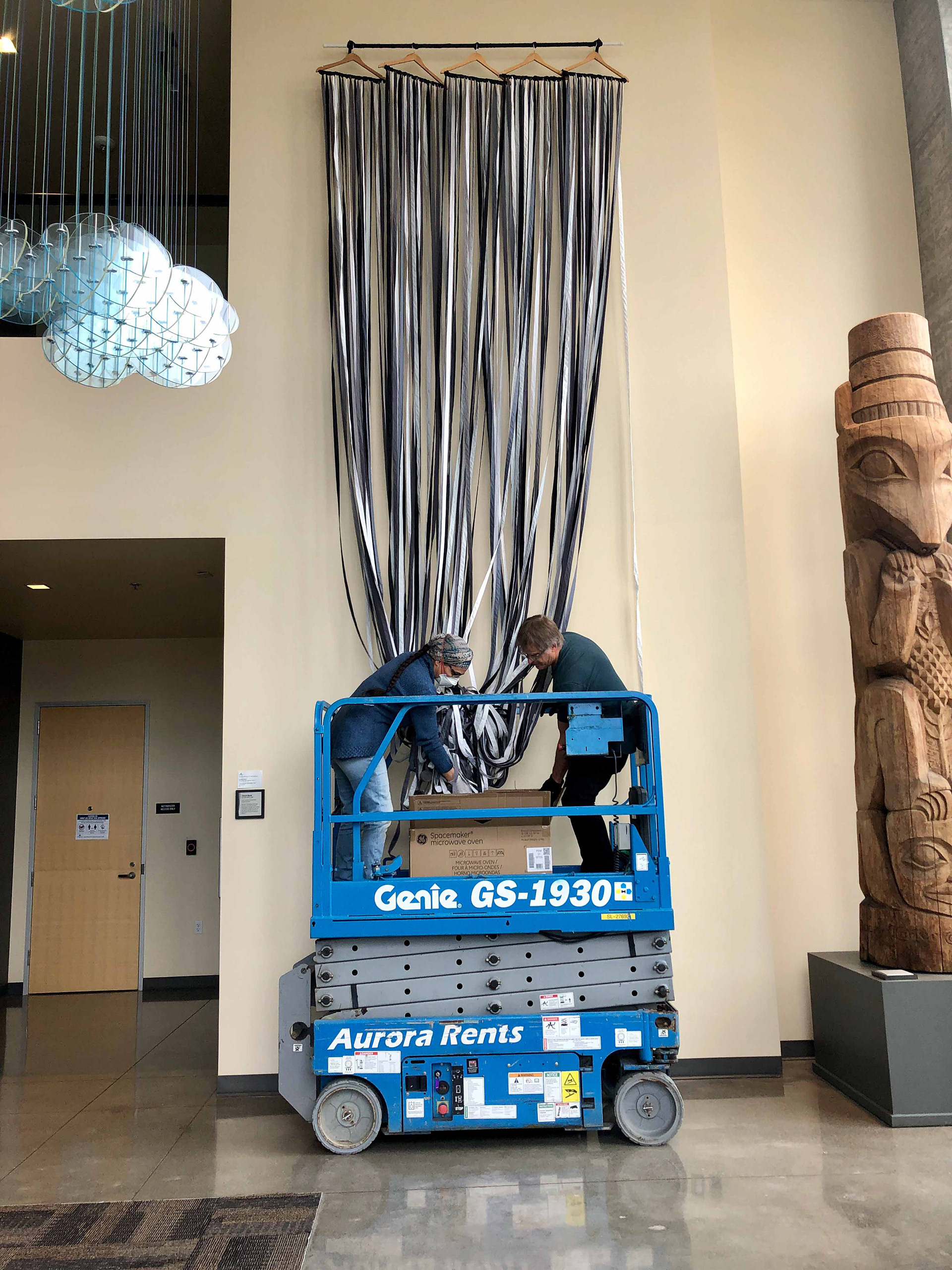 Deinstallation in the foyer of City Hall in Shoreline, Washington